Overseeing all of our locations might sound daunting, but our illustrious general manager of cafés, Crystal Kitchin, starts each day with a smile – and maybe one of our pastries too! Her indelible spirit and drive are palpable, which undoubtably motivates our team members and keeps our customers coming back for more. Having recently celebrated her anniversary with Macrina Bakery, we caught up with Crystal to chat about her time in this essential role, what it means to work for Macrina, and how she unwinds from it all. 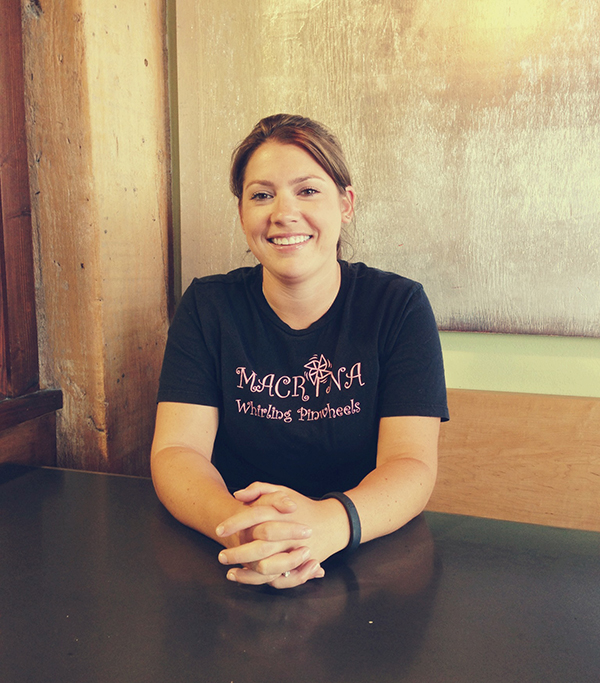 As Macrina Bakery’s general manager of cafés, there’s never a dull moment, I’m sure. What does a typical day look like for you?

I would have to say that this is very true. There is never a dull moment, but my days are never typical – unless you expect the unexpected on a regular basis. I usually start my day around 6:00 a.m. and it doesn’t slow down. But, seeing the sun rise never gets old. I work closely with all the café managers and crew on a daily basis. You can find me in the cafés helping customers pick out a pastry or making a latte any day of the week.

What do you love most about your job?

I love working closely with all the cafés’ employees and getting to know the regulars at each location. The best part of my day is seeing the regulars and knowing we are a big part of their morning rituals that can’t be missed.

What are some of the highlights of your time with Macrina?

What is your favorite thing about Macrina Bakery?

I love working for Macrina and what it stands for in terms of quality, customer service, and care for our employees. We continue to grow but maintain the personal connection with our customers.

My favorite bread is the Olivetta – it pairs well with just about anything or is great by itself. The ingredients and products are made with so much love and soul that it’s so hard to pass up trying something new and delicious everyday. I would also say the employees that make up Macrina are filled with the same ingredients, which makes it a pleasure to go to work everyday.

What do you enjoy doing in your free time?

I enjoy spending time with my husband and our husky. I also enjoy kayaking, swimming, and anything that has to do with being outside in the summer. Cooking is also one of my passions. I enjoy playing around with different recipes to make them healthier.

We had such a great time at our annual Feast of St. Macrina event! Each year our family gathers in honor of the bakery’s namesake to bond over our shared love of great food and community. While St. Macrina the Younger’s actual feast day is today, we spent Tuesday evening unwinding over dinner and games. 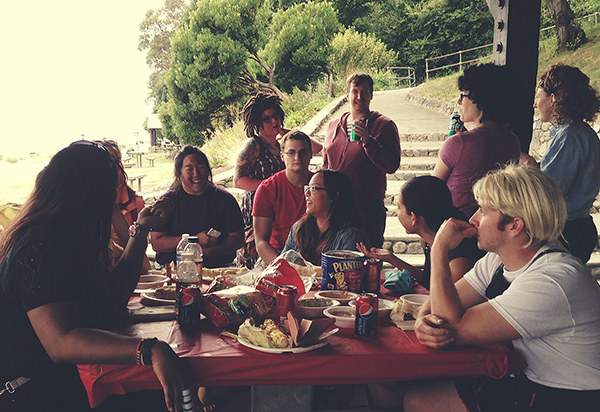 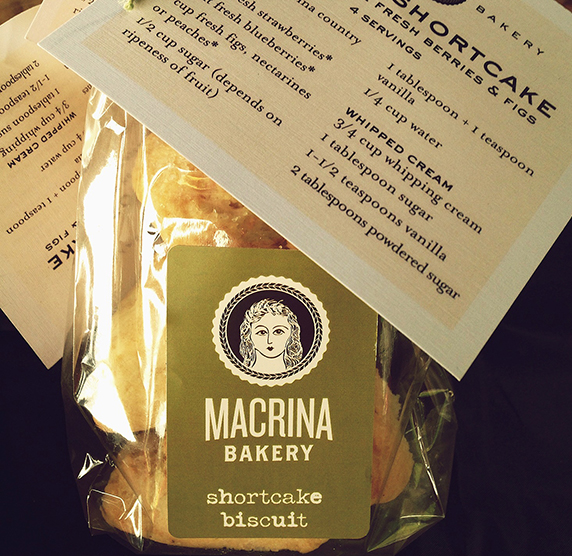 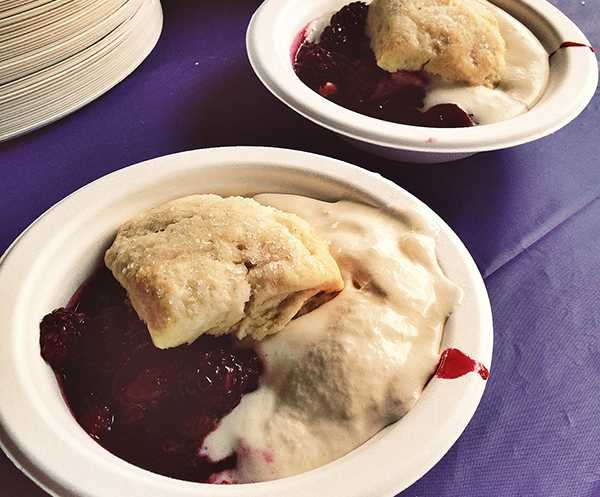 After dinner we split into teams for a rollicking relay race that included a beanbag toss, cupcake eating contest, and cake writing competition. The rain moved in at one point, but that didn’t stop us from having fun. 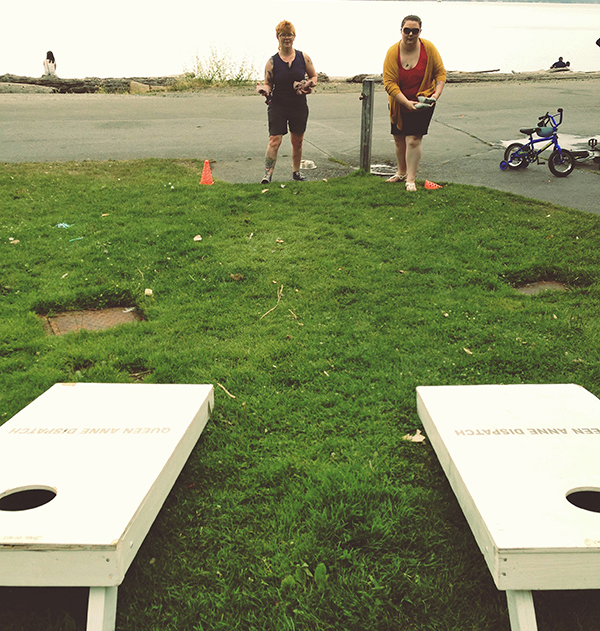 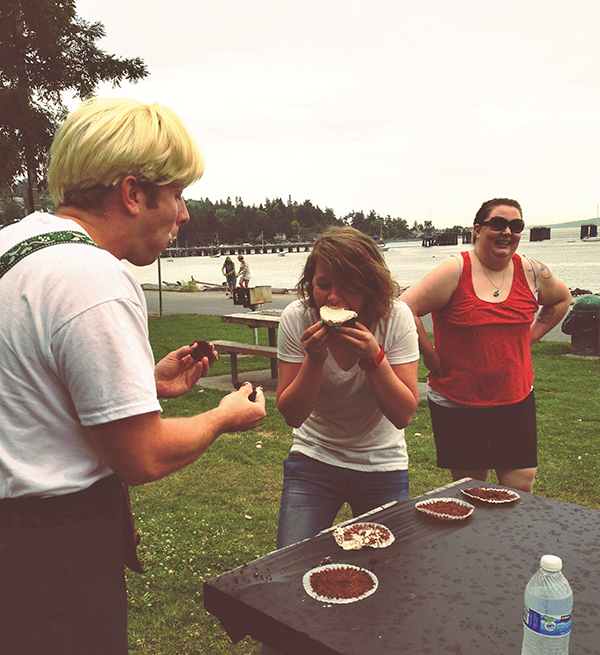 There’s nothing like some friendly competition to bring our family closer. We really couldn’t ask for a better group of people to spend the day with. Thank you, Seattle, for giving us the afternoon off! 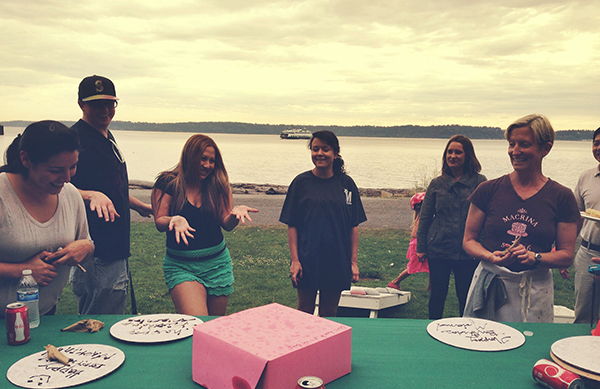 Look for more photos from our 2013 Feast of Macrina event on our Facebook page. 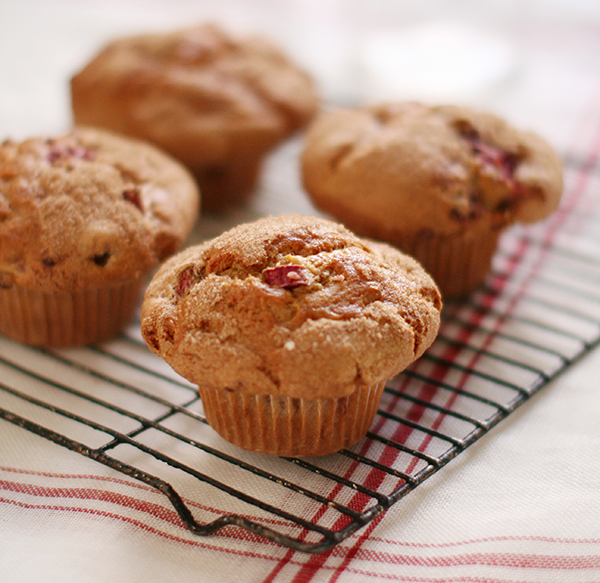 Living gluten-free should never mean missing out on delicious baked goods, settling for a less than stellar product, or paying more for your treat.

We tested recipes around the clock to improve and expand our gluten-free pastry offerings, and in the process found that we didn’t have to sacrifice flavor or texture when making baked goods without gluten.

The magic is in our flour. Owner Leslie Mackie worked diligently to create this special flour, which combines brown rice and sorghum flours instead of garbanzo bean flour often found in commercial gluten-free flours. We use this signature flour in all of our *gluten-free offerings, and even those of us who can tolerate gluten enjoy these treats.

“The highest compliment we are getting is that they don’t taste like gluten-free items,” adds Leslie. “Many like the Fresh Fruit Muffins even better than the all-purpose flour original!”

Anyone who’s tasted our Ganache Cupcake, Gluten-Free Biscuit, Macaroons, Torta Gianduja or Banana Cake will tell you how great they are, but we’ll let you be the judge. Pick up one of our gluten-free treats today and see if you notice the difference.

*Our gluten-free items are made in a gluten-friendly environment, so there may be cross-contamination. 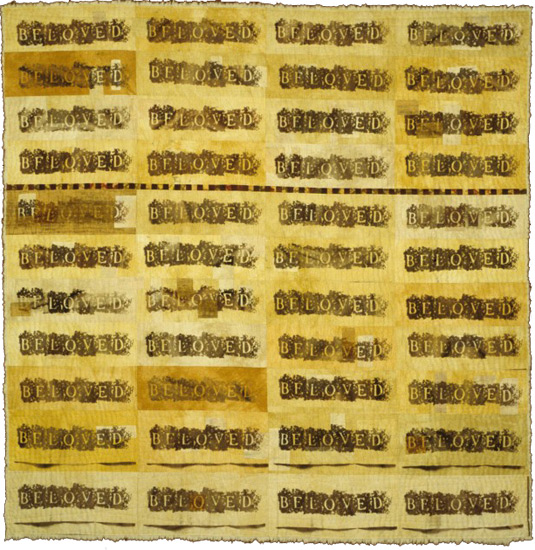 Growing up in a “hyper-verbal” family and feeling that she could never keep up with their loquacious nature, Rachel Brumer found other ways of expressing herself. This is what brought about her eclectic work history, which includes a brief dancing stint with Ringling Brothers Circus, and eventually led to her career as a studio artist. As the latest artist to show her work in our SODO café, Rachel shares about her unique approach to creating a series.

“I have a strong belief in the power of alternate forms of language,” explains Rachel. “For me, they are so involving that sometimes when I am working I am actually not thinking in English but some kind of kinesthetic and visual language.”

Mourning the loss of her good friend Daniel who passed away in 1990, Rachel made a quilt to pay tribute to him. This memorial was the genesis for her latest career. Since then she’s created an entire series of quilts to honor children who perished during the Holocaust as well as many other series of work. An avid reader, Rachel’s most recent collection called “Movable Type” combines her love for the shape, design, and feel of books.

Drawing upon her past professions as a modern dancer and American Sign Language interpreter and her collaboration with other artists, Rachel’s work conveys a powerful message.

“I worked with Bill Evans, Dan Wagoner, Mark Morris, Lucinda Childs, and one of the most important experiences in my professional life was working on the opera ‘Einstein on the Beach’ with Philip Glass and Robert Wilson,” remembers Rachel. “I saw amazing works by Llory Wilson, Pat Graney, and Wade Madsen in Seattle; and Merce Cunningham, Pina Bausch, and many others in New York.”

You can find her work in our café through the end of July, and then at Sun Valley’s Friesen Gallery through August 25. In the meantime, she is preparing for a different sort of exchange.

“I’ll be showing work at Anchor Art Space in Anacortes along with a wonderful group of other artists. My work there will be completely different than what you see [at SODO],” Rachel adds, referring to the “Drawn In” exhibit from August 2 through September 15. “It also has a trading component. If you contribute a small work on paper, you can take home a small work of mine.”

Think of it as just another form of communication. 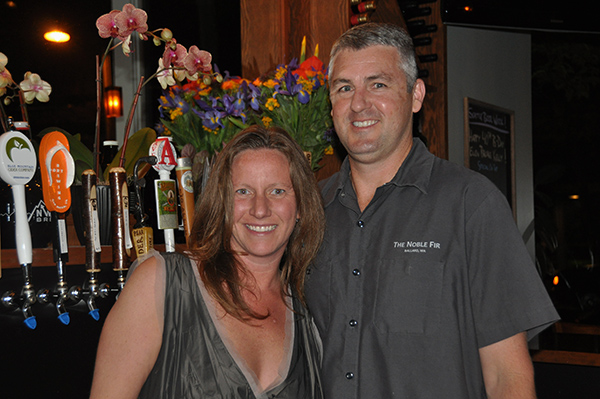 Finding success despite adversity is all part of a great adventure, and it happens to be the story behind our restaurant partners Ellen Kelly and Rick Weersing. During the economic downturn in 2009, the duo – a former attorney and an REI employee, respectively – found themselves jobless. Then along came their “aha moment.”

“We used to go hiking all the time and talk about what our bar would be like and what kind of beer we would have on tap,” remembers Ellen. “And then the opportunity presented itself. We just thought, Let’s do it!”

That initial spark propelled them to launch The Noble Fir in Ballard. Part base camp, part beer bar, “The Fir” opened in 2010 and seemingly had an instant following despite its owners admitted inexperience.

“There are lots of great beer bars in Seattle, but we wanted to distinguish ourselves,” says Ellen. So, they set about creating a backpackers’ haven with photographs from their trips adorning the walls and a small library of guidebooks – 200 of which came from their own collection – tucked in a corner.

“I am amazed at how much people utilize our maps and books! People come in during the week and plan trips for the weekend and they’ll ask for recommendations. Then they’ll come back on Sunday evening and talk about it with us.”

And what hikers’ refuge would be complete without good beer and snacks? The bar offers an irresistible assortment of meats, cheeses, and veggies with Macrina Baguette to complement their 18 rotating taps. Most evenings The Fir is bustling with groups lined along the floor-to-ceiling windows, chatting over plates of triple crème with pate, dishes of baguette, and imperial pints of craft beer.

It wasn’t long before Rick and Ellen were ready for a new adventure, though. With the success of The Noble Fir as their map, they decided to tackle the restaurant business, opening The Sixgill in Fremont last April. The restaurant is already creating a buzz with Eric Stover, a veteran of the Tom Douglas empire, heading up The Sixgill kitchen. Once a regular at The Fir, Eric thoughtfully designs the menu around the 36 beers on tap, incorporating seasonal produce, seafood, and Macrina products throughout.

“The response has been great. People expected we’d have great beer because of The Fir, but we’ve heard lots of people say things like, ‘Wow! The food is great!’ as they’re leaving the restaurant.”

So, what’s the one menu item Ellen can’t live without?

“There is all of this fish in Seattle, but you can’t find a fish sandwich anywhere that’s not fried. When we hired Eric, I said, ‘You can do whatever you want with the menu, but there has to be a fish sandwich.’ So, the Blacked Cod Club is my favorite thing.”