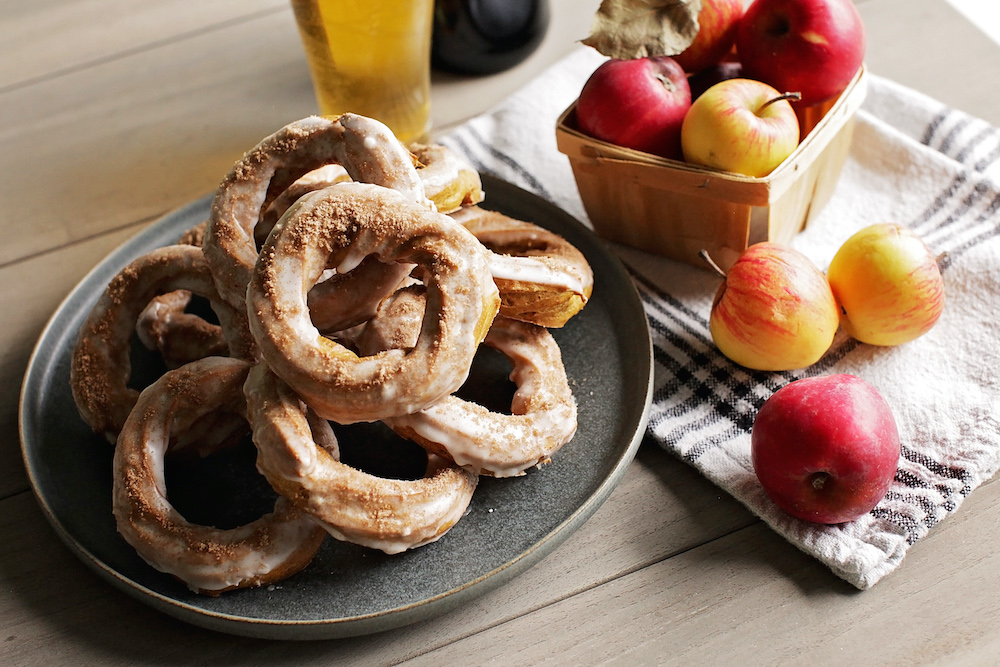 Pâte à choux is the classic French pastry dough used to make eclairs, cream puffs and profiteroles. It also makes excellent doughnuts. Baked rather than fried, the doughnuts have that delicate, melt-in-your-mouth texture that makes you crave another. A bit of pumpkin purée and the classic pumpkin pie spices gives them an autumnal flavor. The dough gets all its sweetness from a sugar glaze and a cinnamon sugar topping. Enjoy the doughnuts with apple cider or a steaming mug of coffee.

DOUGHNUTS
Preheat the oven to 400°F. Line 2 rimmed baking sheets with parchment paper. Using a sharpie, trace six evenly spaced 3-inch circles on each piece of parchment. Flip the parchment so the ink is on the bottom. You’ll still be able to see it.

In a medium bowl, sift the flour, cinnamon, cloves, ginger, allspice and nutmeg. Set aside.

In a medium saucepan, bring the water, pumpkin purée and butter to a boil. Reduce heat to low and add the flour mixture in 3 additions. Use a wooden spoon to thoroughly incorporate the flour between additions. Once all the flour is added, cook until a thin coating sticks to the base of the pan, an additional 1 to 2 minutes.

Transfer the dough to the bowl of a stand mixer. With the whisk attachment, mix on medium-low speed for 2 to 3 minutes to cool the mixture. When it’s just warm to the touch, add the eggs one at a time. Scrape the sides of the bowl between additions to ensure it’s mixed well. When all the eggs are incorporated, mix for 2 more minutes to aerate the dough.

Scoop the dough into a pastry decorating bag fitted with a star tip and squeeze out any excess air. Don’t overfill the pastry bag. To create your doughnuts, pipe dough in the circles you traced on the parchment paper.

Bake for 18 to 22 minutes, or until golden brown and hollow sounding when tapped at the base. Let cool for 5 minutes.

SUGAR GLAZE
In a medium bowl, whisk the powdered sugar and milk by hand to create a sugar glaze.

Dip the top side of each doughnut in the sugar glaze. Twist your wrist while pulling upward to remove the excess. Place each on the baking sheet, glaze side up. 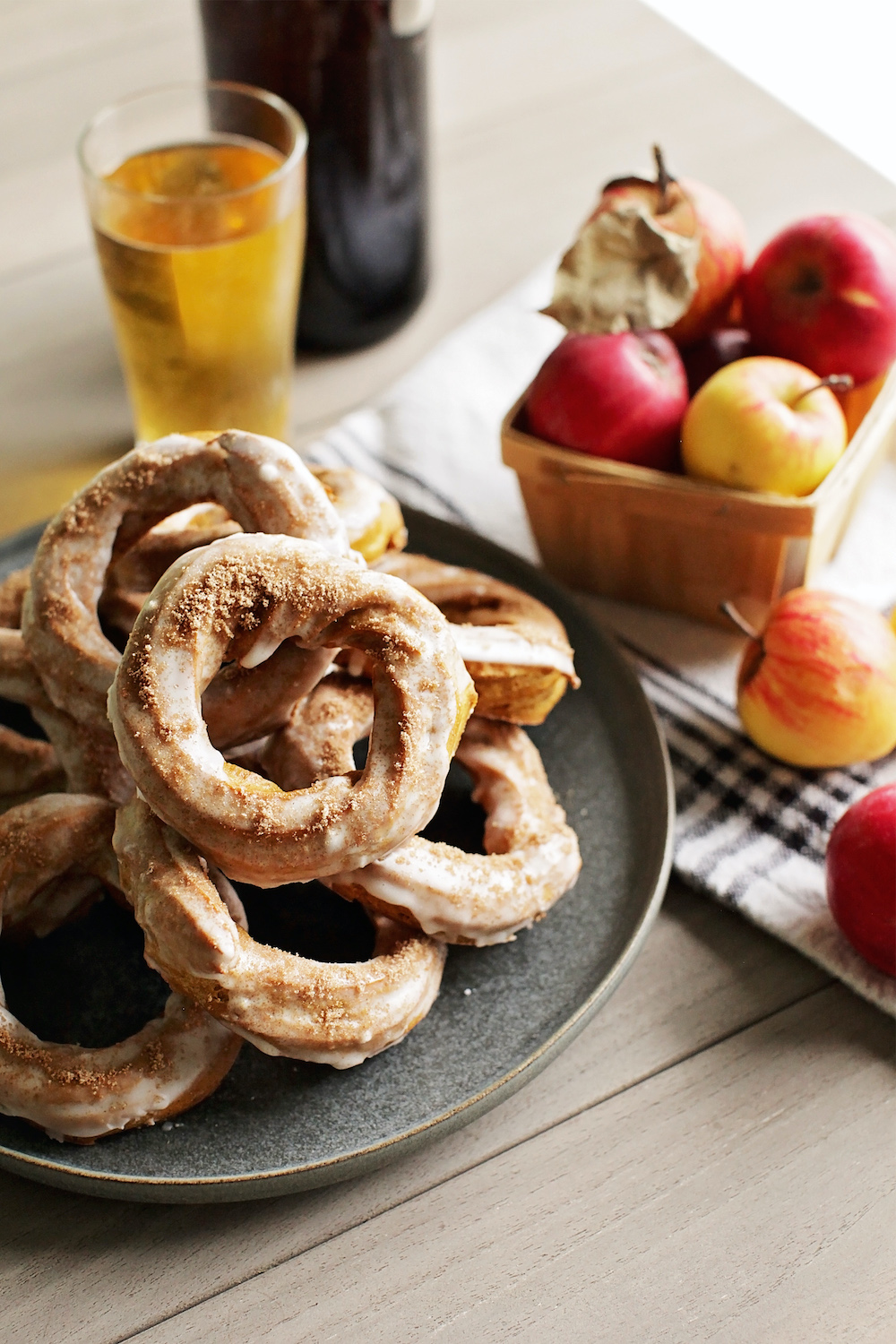