At Macrina, we support artisanal and local products and Bee Local is a great example of why. First, the taste of their honey is exceptional. The honey is raw, single-origin, and sustainably produced, making the variety of flavors wonderful. In addition, the bees provide innumerable benefits to the neighborhoods in which they forage. ~ Leslie

The Sweet Rewards of Good Bee-havior 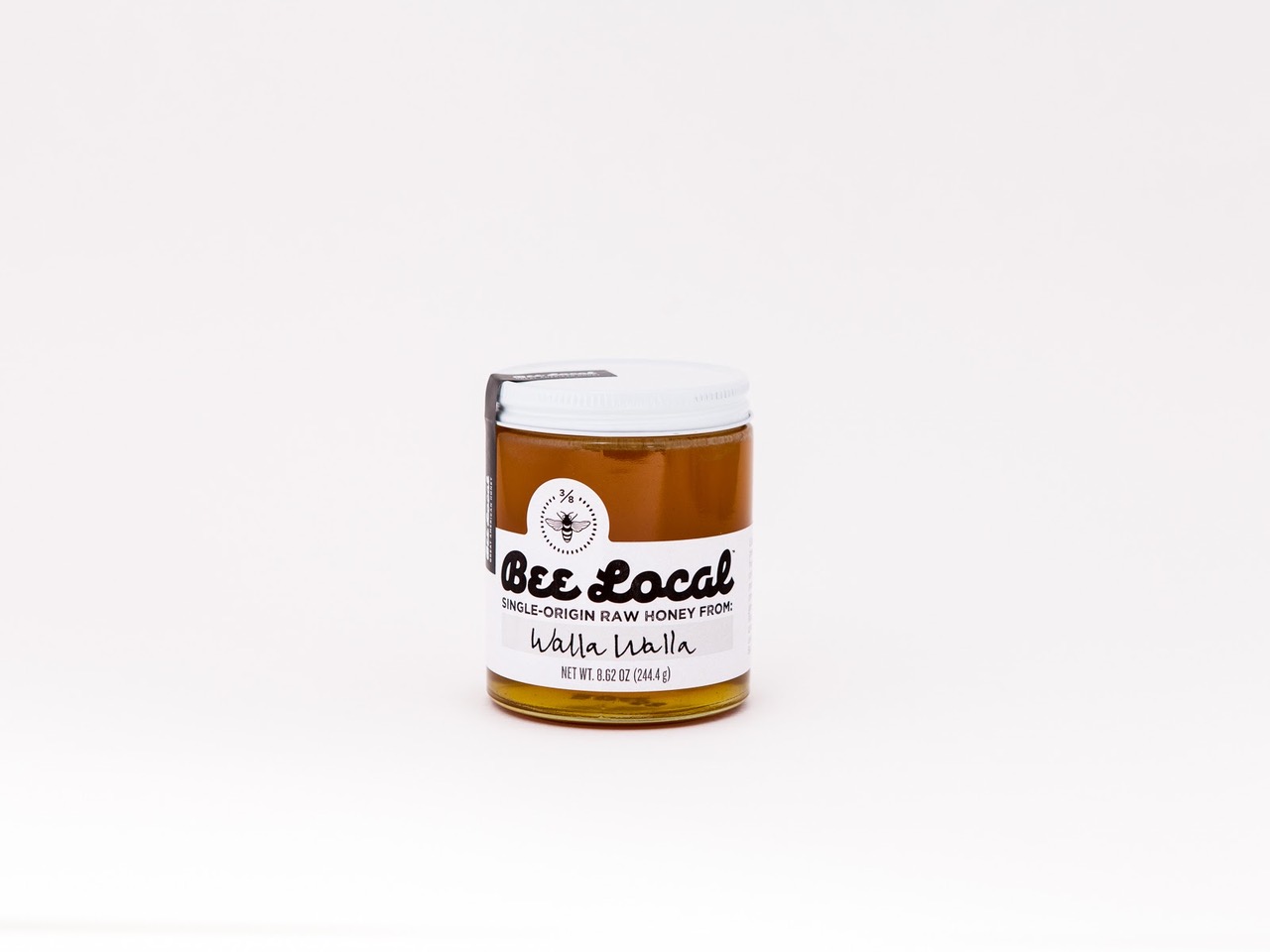 Bee Local, a boutique producer of exceptional honey, currently manages less than 60 hives in total. They cover an area from Seattle to Walla Walla, then down onto Portland, Bend, and the Willamette Valley. Few commercial producers would consider anything less than 60 hives in one place an apiary, but this wildly inefficient process evolved from one key fact: location means everything to honey.

Ryan Lebrun is the busy beekeeper managing the hives. He loves introducing people to the incredible variety of honey produced by different landscapes, almost as much as he enjoys introducing a live hive to people unfamiliar with them. 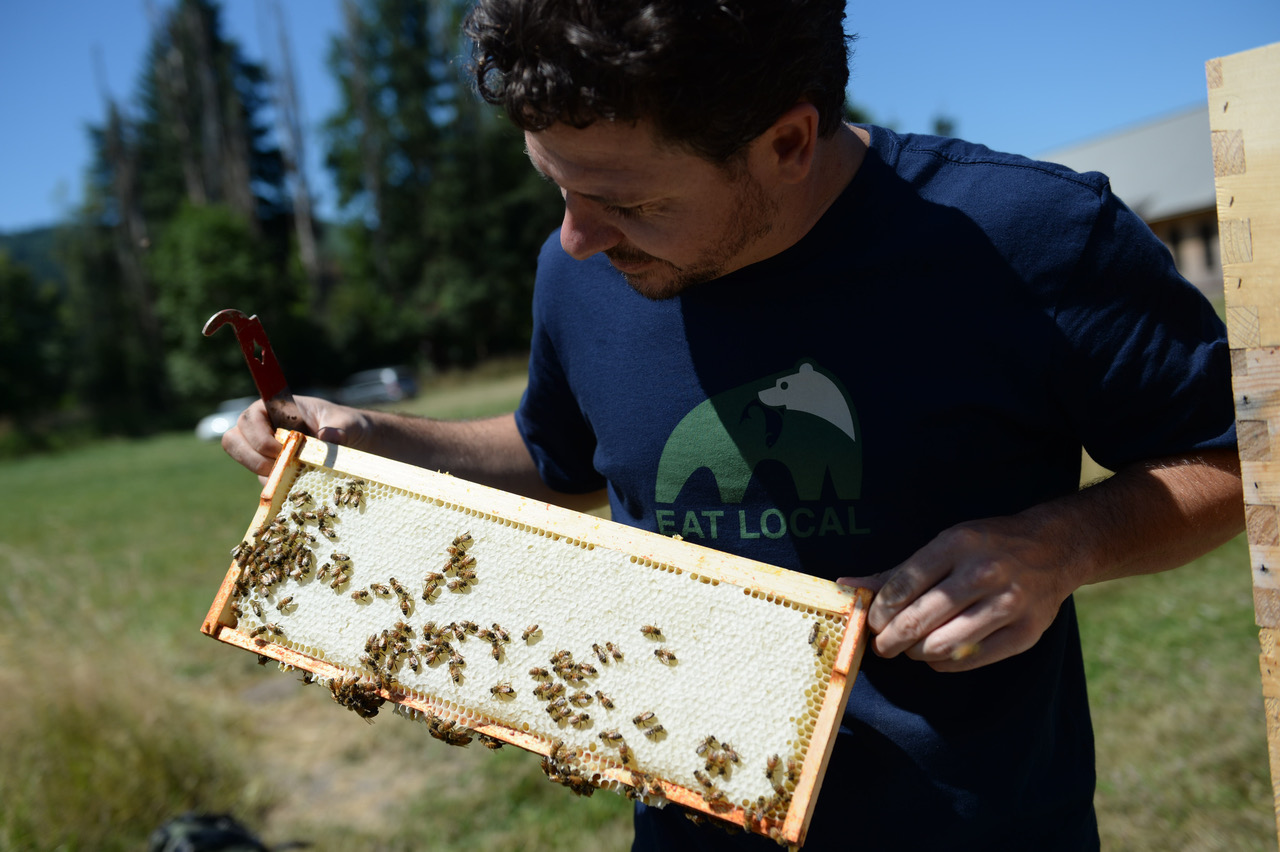 Honey is a lot like wine. Terroir, the combination of soil, climate, flora, and sunlight in a specific place, lends the honey it’s unique flavor. Foraging bees come up with the incredible flavors by transporting nectar and pollen from whatever is blooming in the area. Single-origin honey captures a specific time and place in one jar, a sweet and nuanced treasure of nature.

Some honey, such as Bee Local’s Buckwheat Honey, is as dark as oil and has a grassy, earthy taste. Others, like their Acacia Honey, resemble chardonnay and are buttery with hints of vanilla.

A lot of commercial honey is blended. Producers buy large quantities from all over, heat it up, mix it, strain it with microfilters, and package it. Basically, it’s like jug wine. Because the US consumes more honey than it produces, much is imported, sometimes from dubious overseas sources.

“It was discovered that some foreign manufacturers were mixing honey with other sweeteners, like high fructose corn syrup, or molasses, or sugars made from rice,” Ryan says. “On top of that, they’ve found really bad chemicals in the honey. Some of the storage barrels contained exposed lead that would get into the honey. Lots of insecticides and pesticides sprayed on the crops also got into the honey. Not only was the product adulterated, it was actually bad for you.”

As a result, the US has set a high tariff on honey coming from China. Many European nations have banned the import of Chinese honey. An article in the Journal of Food Science coauthored by John Spink, director of Michigan State University’s Food Fraud Initiative, cited honey as the third most faked food in the world. To work around prohibitive tariffs, some exporters ship their product to a country like Vietnam that has no such restrictions and the honey makes its way to the US market. This scandal has been dubbed honey laundering.

But there are plenty of domestic producers of quality honey. Most of it is clover honey. “Clover is a really good honey producer,” Ryan says. “Lots of beekeepers, especially in the Midwest, make lots of clover honey. There’s nothing wrong with it. To me, it tastes like a graham cracker. But that’s the only flavor most people know.” 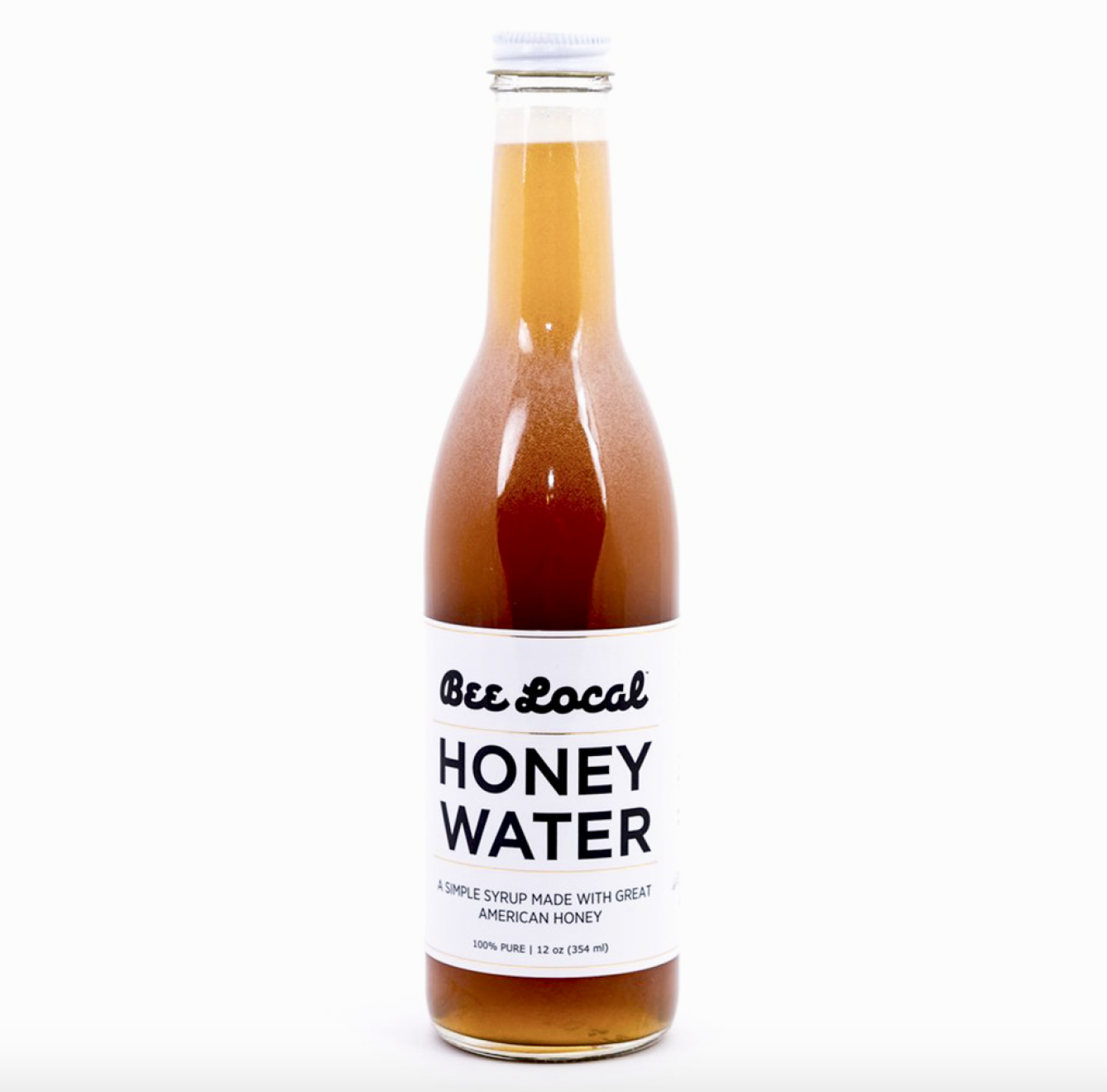 That is, perhaps, the best reason to try Bee Local honey: to discover the world of flavors that bees produce. At Macrina, we carry Bee Local’s Walla Walla honey and their Honey Water. The Walla Walla honey comes from an area rich in wildflowers. It has an herbal aroma, not overwhelmingly sweet, allowing nuanced flavors of mineral and barley to emerge. Honey Water is a simple syrup made with Bee Local’s honey and is the best way to sweeten drinks.

If the best reason to try Bee Local is the taste, not far behind are the ecological impacts that come from well-tended urban hives. Not all of them are immediately obvious. Ryan explains: “A side effect I wasn’t anticipating was how a hive could transform a neighborhood. Whether it’s a rooftop or a backyard, we put in a beehive, come back a year later, and you see that the whole neighborhood is into it. People want to help, and the best way to do that is to plant pollinator-friendly flowers. Then their neighbors join in planting flowers. The neighborhood gets in tune with the seasons, what they’re growing, not using pesticides—people suddenly have that in mind—they want to focus on what chemicals they’re using, what they’re city might be using, and they build a chorus of voices against that.”

Come see what all the buzz is about. Drop into one of our cafes and grab a jar. You may discover a whole new world of flavor.