Mean Sandwich draws a great cross-section of people throughout the day. The generously-sized sandwiches are all served on Macrina’s Seeded Buns, and everything else is made in-house. The bun absorbs the juiciness of the fillings and keeps the generous pile of inners together. Kevin and Alex are usually there, and you’ll occasionally find their adorable three-year-old daughter holding court with the customers. If you love a delicious sandwich get on over there! 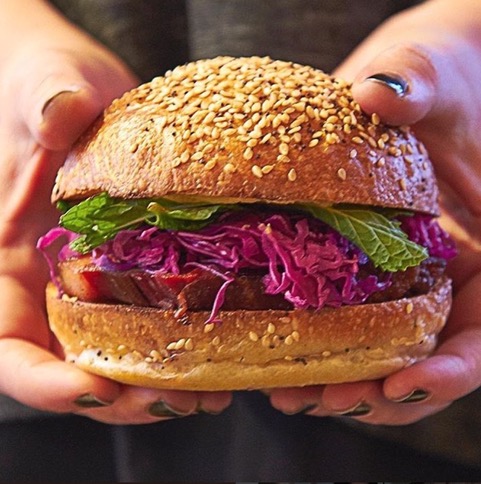 John Montagu, the Fourth Earl of Sandwich, is said to have invented the sandwich so he didn’t have to leave the gambling table to eat. Three hundred years after his birth, the now ubiquitous finger food ranges from humble to haute. At Mean Sandwich, located in Ballard, everyday street food and elevated cuisine find a happy meeting place. You can grab something to nosh on when you’re in a hurry, or treat your snobbiest foodie friend to lunch. They won’t be disappointed. 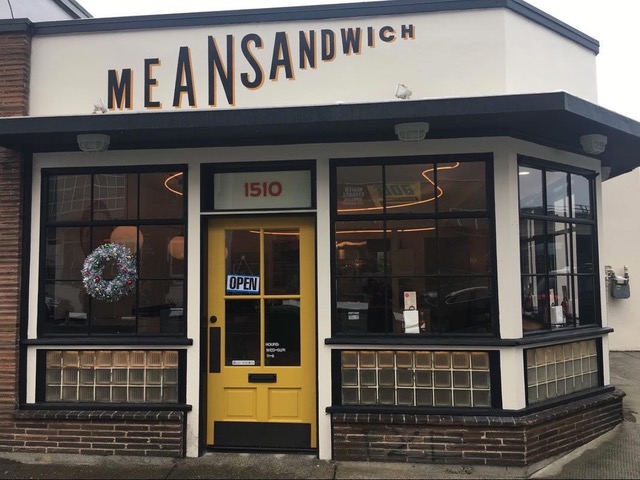 Mean Sandwich is the brainchild of Kevin and Alex Pemoulie, formerly chef/owners of Thirty Acres, a critically-acclaimed restaurant that landed on Bon Appétit’s 2012 list of 50 best new restaurants in the country. Before that, they both worked at David Chang’s legendary New York restaurant Momofuku. After the birth of their daughter, they wanted to refocus. They shuttered their ode to fine dining and moved to Seattle, Alex’s hometown, to focus on casual, accessible food.

“We’re challenging ourselves in a different way entirely,” Kevin says. “Before we opened, I worked for a long time on the menu for Mean Sandwich. Obviously, everything here is going between two pieces of bread, but we make everything in-house, from the corned beef of our namesake sandwich to our sausage.”

Already high expectations for Mean Sandwich were elevated last fall when Eater put it on their list of 23 most anticipated openings around the country. Now, open nearly a year, the Pemoulie’s have backed up the hype, so much so that they made Bon Appetit’s 2017 list of 50 best new restaurants in the country.

The menu is simple: six signature sandwiches, a side salad, and Skins and Ins, an awesome combination of fried potato chunks and their skins. All sandwiches are griddled and served hot on a Macrina Seeded Bun.

The eponymous sandwich features tender thick-cut corned beef, pickled red cabbage, yellow mustard, mint, and a subtle dash of maple syrup. It’s based on a Thirty Acres dish and it’s worth a driving across town for—even at rush hour. None of the sandwiches feel too precious, but each has a special twist, that something you couldn’t do at home. You get the sense that the same care and effort they once put into each creative small plate at Thirty Acres goes into each sandwich. In addition to the standing menu, a special sandwich is offered every day, such as the Glazed Pork Belly with pine nuts, radicchio, and roasted tomato mayo. With the onset of the cooler weather, a fresh daily soup is also available. 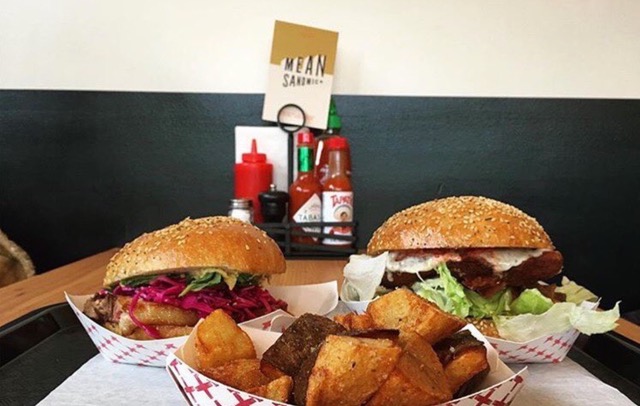 Behind the small storefront, the interior space is simple with a couple of booths and seating lining the windows, 18 seats in total. In warmer weather, the large backyard is an oasis of fun. Diners pack the eight picnic tables and many wait for a turn at the ping-pong table. Patrons of Peddler Brewing can order sandwiches through a pickup window located in the brewery’s beer garden. 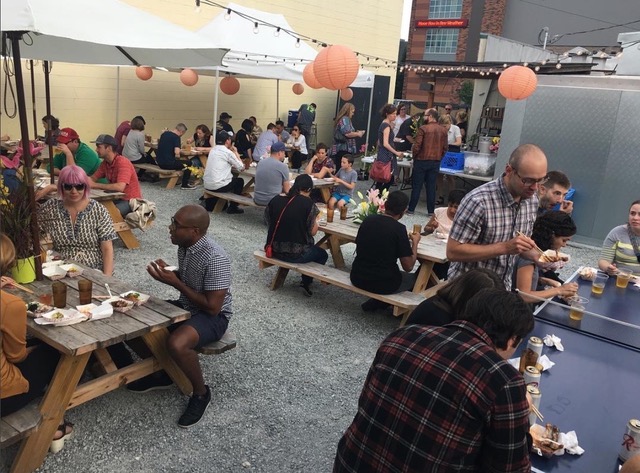 With a successful first year nearly behind them, Kevin and Alex are interested in opening a second location. “If the right opportunity came along we’d definitely entertain the idea,” Kevin says. “It seems that if you divide the city by a harsh north-south line, a lot of people wind up sticking to their neighborhoods during the weekdays, especially during the cold months. It’d be helpful to be in another part of the city.”

Meanwhile, to expand their reach, Mean Sandwich plans to make their sandwiches available through every delivery service in Seattle. “We just want to serve people great sandwiches,” Kevin says.“Right now we’re operating exclusively with Caviar, but we’re looking to use UberEats, Postmates, Doordash, Amazon Restaurants. We literally just want to use every single one.” 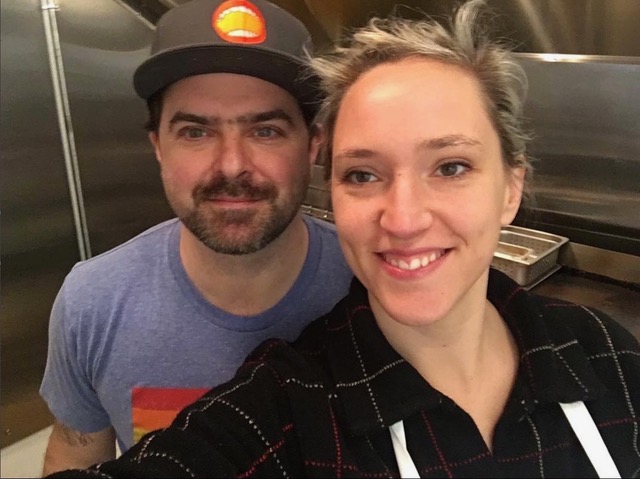 Kevin and Alex have embraced Seattle and its food scene. They frequently take their daughter along as they try new restaurants or return to favorites. “The city is great,” Kevin says. “We live half a mile from Mean Sandwich, see Alex’s parents a great deal, and love our walkable neighborhood.”

Their gamble to leave fine-dining behind and take their talents West has given Seattle a chef-driven take on the old standby. They’ve kept the everyday convenience of the Earl of Sandwich’s pedestrian invention and made it tasty enough for the most discerning diner.

Mean Sandwich opens at 11 a.m. seven days a week. Check their website (meansandwich.com) for evening closing hours and much more.