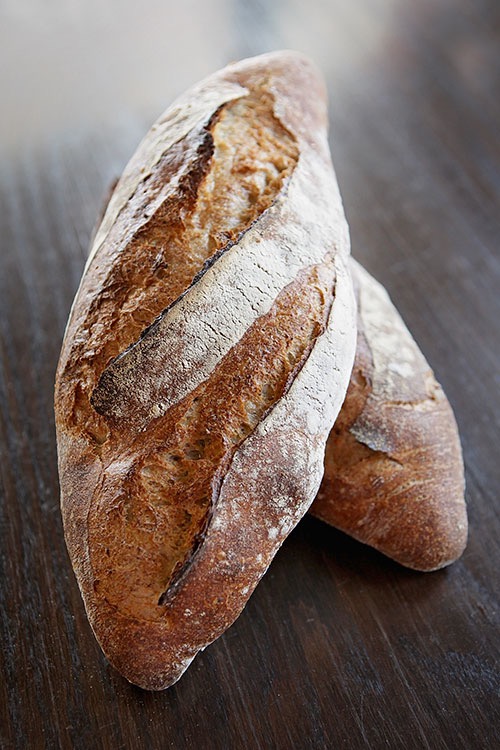 In Italy, there is a saying Senza il pane tutto diventa orfano, without bread everyone is an orphan. Such is the role of bread in Italian daily life. It has a presence at every meal. Its importance, not just to Italian cuisine but to Italian culture, can hardly be overstated.

I have always had a reverence for bread. Many years ago, dining with friends, I discovered just how reverent Italian traditions are when one in our party inadvertently set a wedge of bread on the table crust side down. My Italian friend immediately turned the bread over, right side up, and crossed himself. Apparently this could bring about bad luck, not just for my friend but for the whole table. The superstition seems to be based on the religious fact that bread is considered a symbol of life. Turning it over is considered disrespectful. Bread is a staple of life. One must not risk cursing the supply. 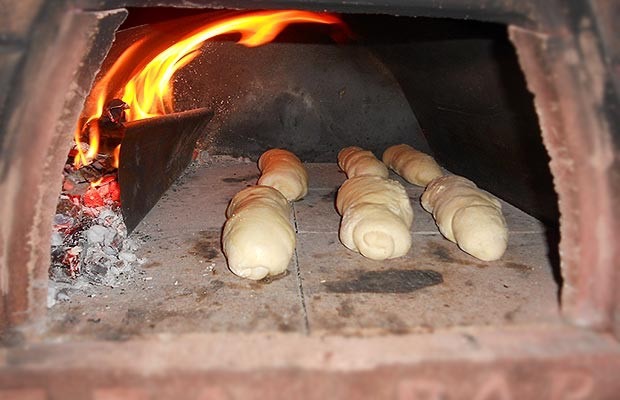 Carol Field, the author of The Italian Baker  writes, “Bread is merely flour, water, yeast, and salt as the world is merely earth, water, fire, and air. These four elemental ingredients—grain from the fields, water from rivers and mountain streams, leavening from the wild yeasts of the air, and salt from the sea—have been combined since Roman days to make the breads of Italy.”

The history of the people on the sunny Italian peninsula has been a combative one, with small city states battling one another. Pride in local traditions is fierce. Only in the last 150 years did Italy become a unified country. Even today, regional differences are surprisingly large. Towns situated just kilometers apart have unique dialects, customs, and, yes, even breads. But bread they have. All of them. 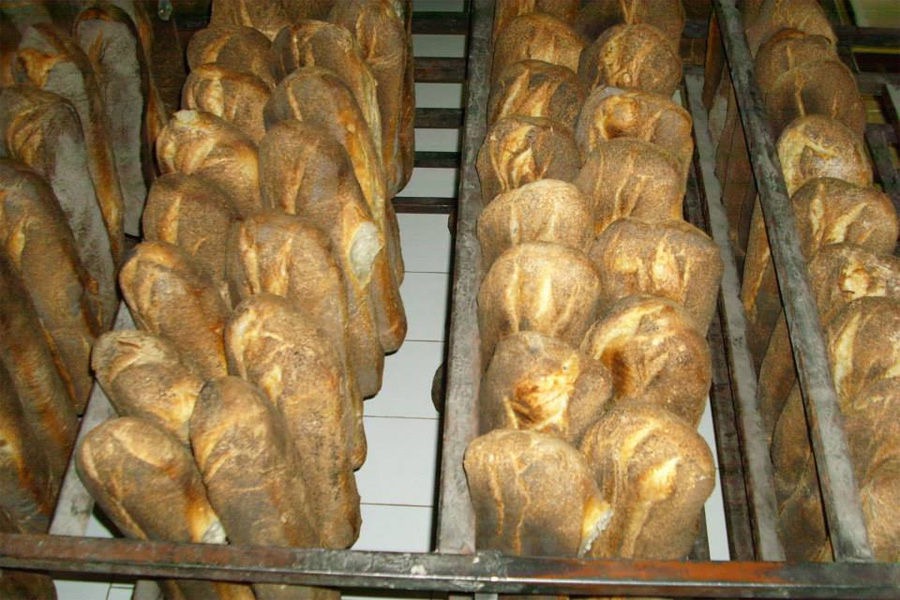 Bread consumption in Italy is higher than any other European country. Most loaves are made by artisan bakers, working on a small scale and heavily influenced by family and regional traditions. Secrets and techniques have been handed down from baker to baker over the years. Even in a metropolitan city like Rome, one finds many varieties of bread. Years ago, while dining there, I discovered a remarkable bread. It’s crust ranged from caramel to almost black; the crumb had a beautifully irregular texture, and the flavor was highly developed. I had to know who had made the bread. With the address in hand for Panficio Arnesse Giuseppe, I wandered the winding streets of the Trastevere neighborhood until I finally tracked down the baker of this bread. Giuseppe was seated in front of his warm oven, reading a newspaper. Amiable and chatty, he was happy to share. He showed me his wood-burning oven, fueled by hazelnut shells. His dough was made simply, without any refrigeration. Starters were developed in his mixers and held there for the next day. We talked for hours. His bread is the inspiration for my Giuseppe loaf. 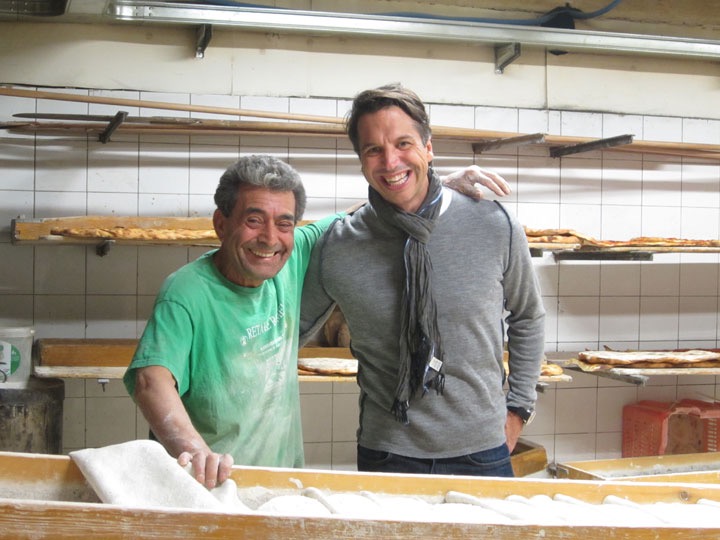 Matt Galvin, one of my partners at Macrina, visiting Giuseppe at Panficio Arnesse

I visited a great many bakeries, tasting more than 100 loaves. In Florence and throughout Tuscany the large, thick-crusted oval loaves are made without salt. Some say it’s because a heavy tax was levied on salt in the Middle Ages, and Tuscan bakers decided to go without. Others say the strong flavors of the local cuisine find a better balance in bread without salt. The bread takes some getting used to, but with a slice of salty typical Tuscan salami, like soppressata, I found it excellent.

Down south, on the heel of the Italian boot, Puglia is one of my favorite regions for bread. Their loaves bear influences of the Turks who long ago occupied the region. My favorite has a crunchy crust, irregular crumb, and a flavorful, chewy interior that tastes of the fragrant wheat they use. Local lore is that anyone who wastes any crumbs of this loaf will be doomed to purgatory for as many years as crumbs spilled. 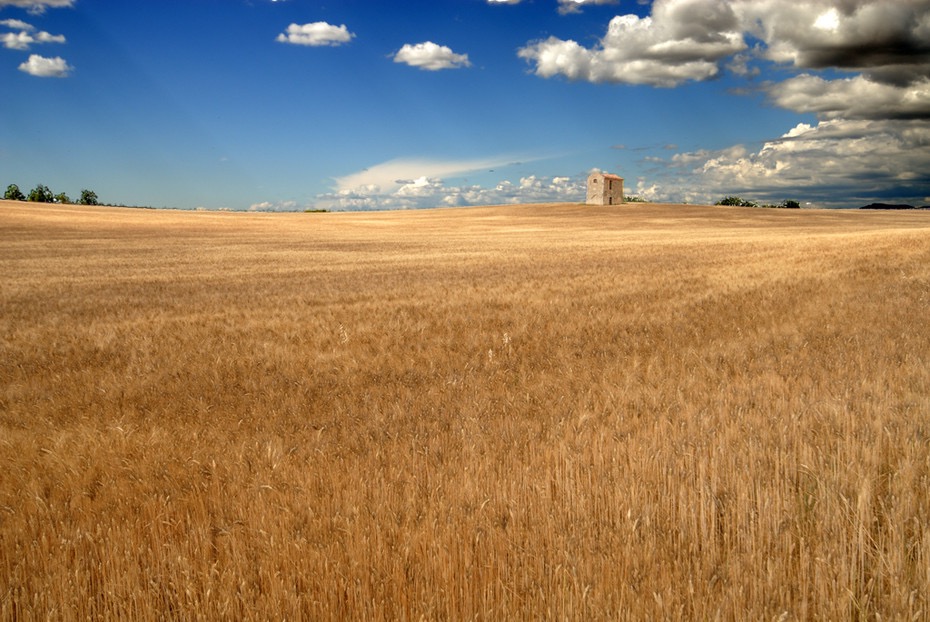 Throughout much of recorded history on the peninsula, bread has been so fundamental to well-being that prices have been regulated by the locality. A fair price for bread—the staff of life—provided sustenance for all. When bread could not be obtained at a fair price, revolution or famine usually followed. Given the central role bread holds in Italian cuisine, and has since Roman times, the almost sacramental reverence it receives is no surprise. Not only has it provided daily sustenance, but its social role—breaking bread with others—is central to Italian life.

In hill towns, small protected valleys, walled cities, and dense neighborhoods, artisan bakers have nourished their communities with the work of their hands, feeding cherished natural starters, kneading and letting their dough rise, stoking the fires in their ovens, and baking traditional loaves, day in and day out. I am honored to have had the opportunity to learn from and to follow their rich tradition. 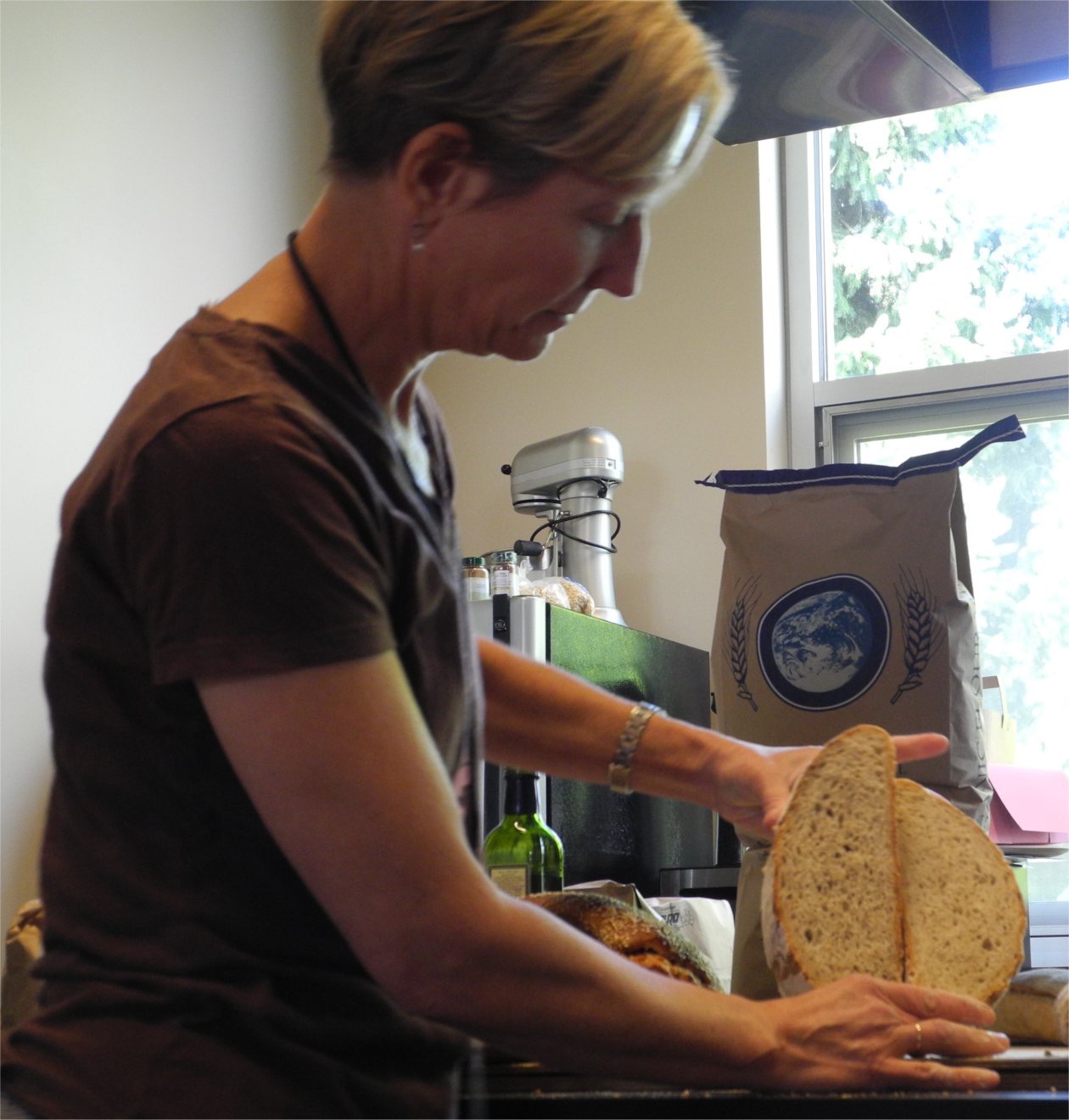 Larder is a little-used term these days, but most houses built in pre-refrigeration days had one. Usually built on the north side of the house, close to the ground with a mesh window to allow air to circulate, larders were food storehouses. Because they weren’t cold like a refrigerator, much of the summer harvest was cooked and stored in sealed jars, along with root vegetables and grains.

With freezers and refrigerators, it sometimes seems that food changed from something we make to something we buy. We lost something essential in the transition. Growing up in Portland, I helped my mother preserve buckets of berries and boxes of vegetables she’d buy from local farmers. With the larder full of our favorite jams and condiments we didn’t suffer the winter scarcity of flavorful fruits and vegetables.

Today, there is a renewed interest in maintaining a closer connection to the land. The popularity of farmers markets perhaps indicates an interest in cooking from scratch. The small investment of time spent cooking and preserving the best of summer will allow you to enjoy its riches all year. And when you’re entertaining, a well-stocked larder makes it that much easier to kick out something spectacular.

Each spring I lay out my garden, thinking both of what I love to eat fresh and the things I want to preserve in my larder. I turn a good portion of the summer’s bounty of fruits, vegetables, and herbs into jams, roasted pasta sauces, and fruit spreads. These get stored in sealed mason jars in my larder.

On my farm I have one very productive plum tree. I have made barbecue sauces, plum chutneys, brandied plums, and a series of plum pastes. But my favorite is the plum paste with rosemary. Opening a jar of this any time of year brings summer right back. The Ricotta Stuffed French Toast I make in this video is stuffed with sweetened ricotta and topped with this lovely paste.

The joy of pulling something from my larder and dressing up dishes with wonderful condiments made from my garden connects me to a special part of my childhood in Portland: The simple enjoyment of the sweet flavors of summer and treasured memories of making jams and pies with my mother.