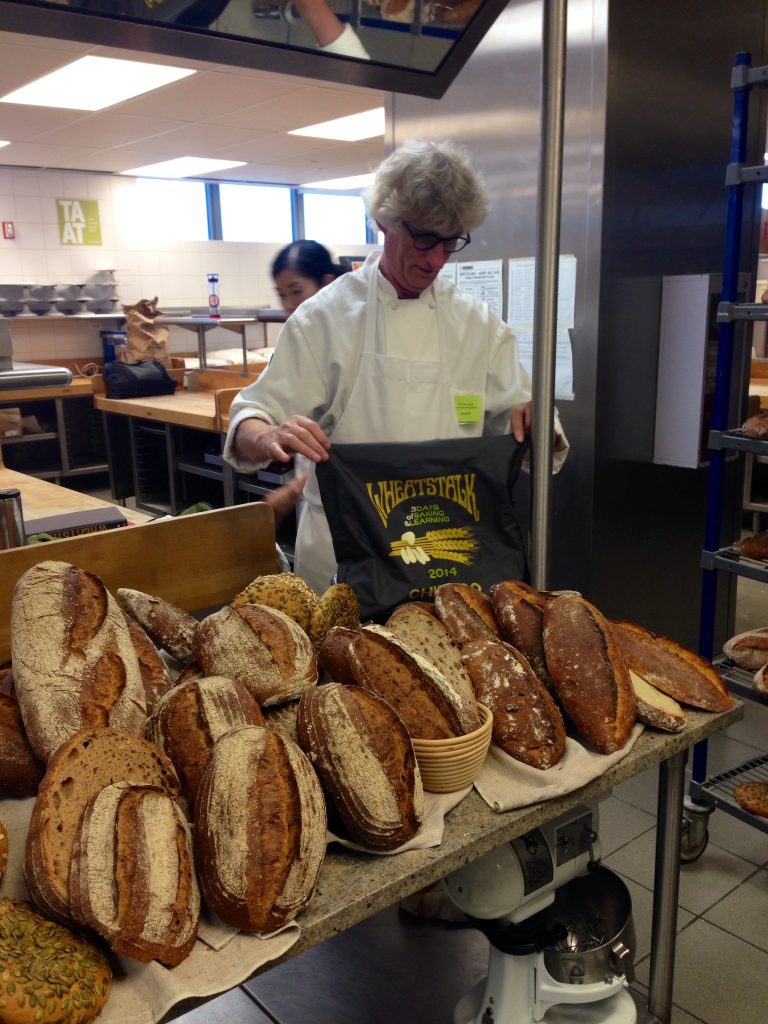 I joined the Bread Bakers Guild of America in 1993, the same year I opened Macrina. It was an insanely busy time in my life, but I knew I needed a community of artisan bakers for support and guidance. The Guild provided that and more. The Guild was much smaller 25 years ago. Not surprisingly, its growth has mirrored the rise of artisan baking in America. 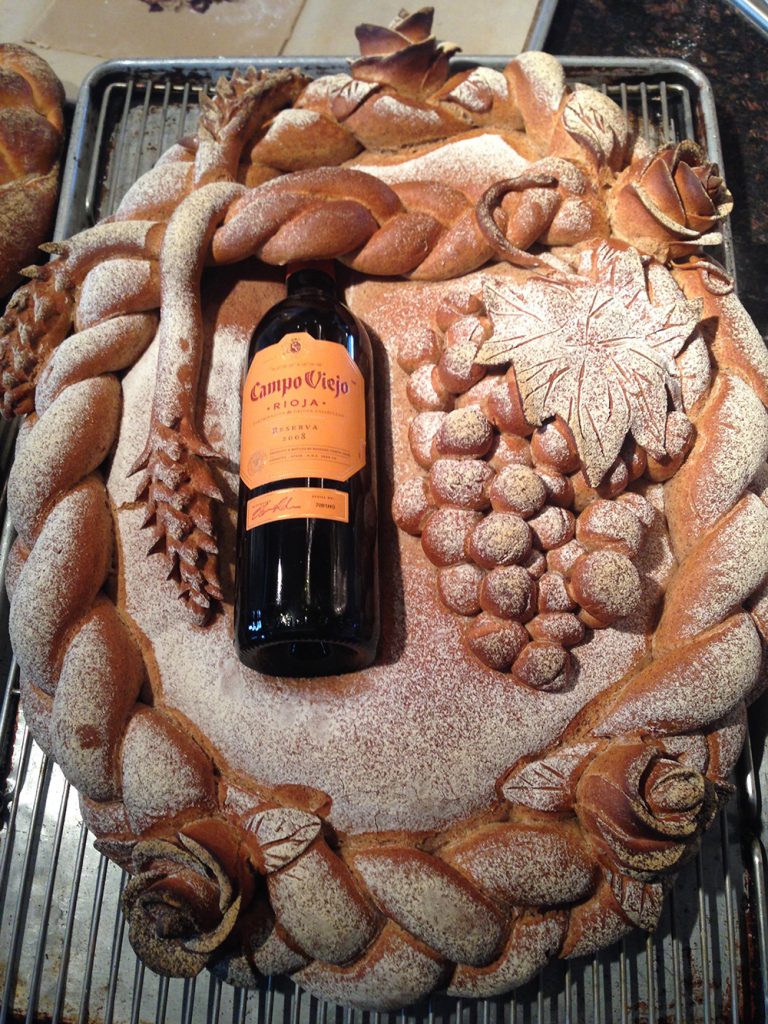 Now, I’m on the Guild’s Board of Directors. For the last 16 months, I’ve been busy working with the other eight directors to plan Wheatstalk, the Guild’s most significant event, which starts February 27. The three-day celebration of baking is filled with lectures, hands-on classes, demonstrations, and maybe most importantly, a chance to visit with fellow bakers. 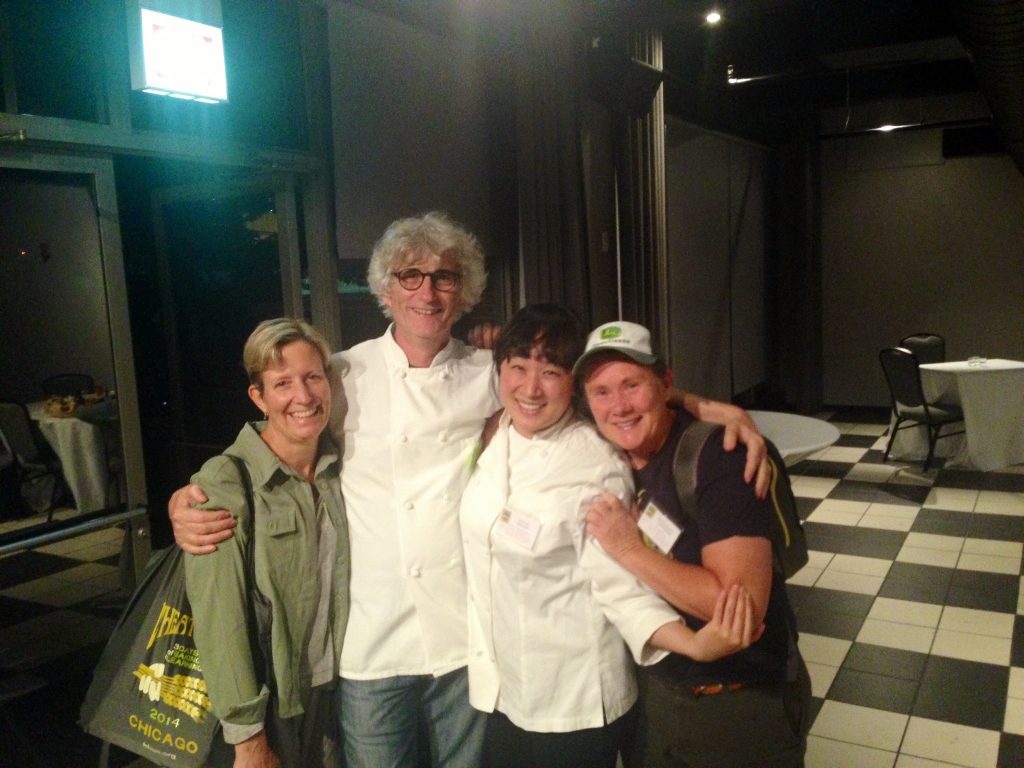 We’re holding this year’s gathering at Johnson & Wales University in Providence, Rhode Island. Of the Guild’s 2200 members, 525 members entered a lottery for the 125 available spots. All told, with the lottery winners, the teachers and volunteers like myself, about 200 artisan bakers will descend on the city. We’ll leave flour dust in our wake!

The Guild isn’t only comprised of professional bakers, but also super-talented home bakers and tiny CSA’s that bake once a week. At previous Wheatstalk events, I’ve picked up valuable tips from passionate home bakers who bake in backyard wood-fired hearths, as well as people that produce at a scale larger than Macrina’s. 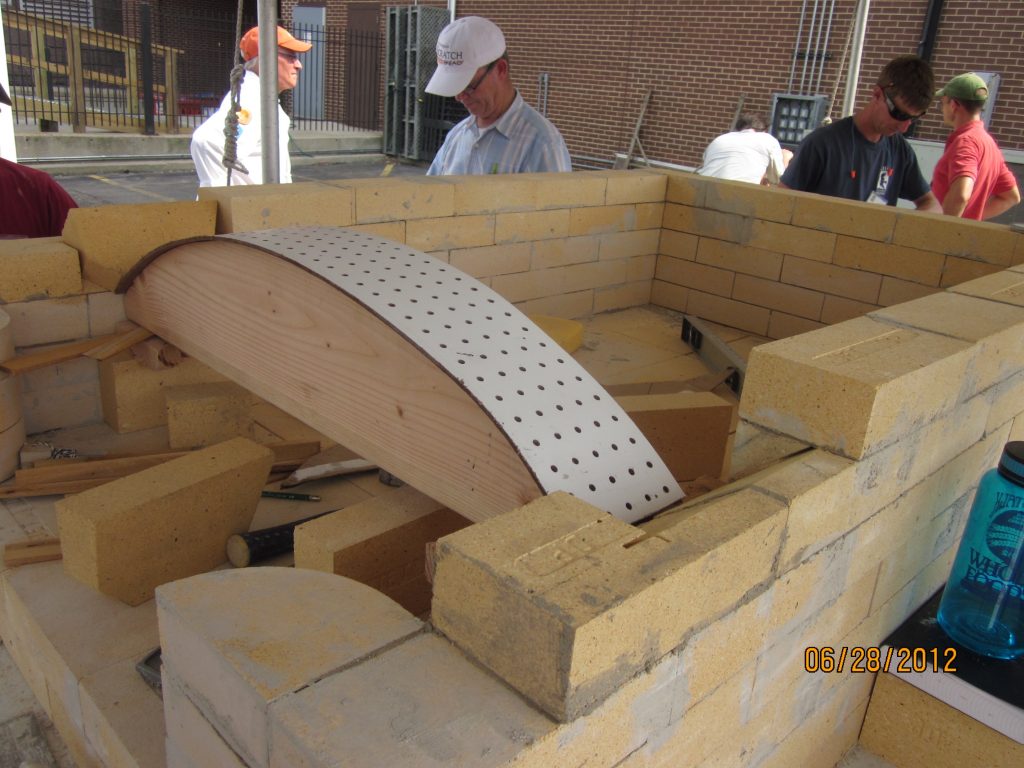 Wheatstalk takes place in six classrooms, an amphitheater and a lecture hall. Featured speakers include two celebrity bakers from France, Hubert Chiron and Patrice Tireau. Stephen Jones of the internationally renowned Bread Lab, located in Mount Vernon, will be talking about the Wheat Movement in America. Also, some of the country’s best artisan bakers, bakery owners, and pastry and savory instructors will be teaching—including Jane Cho, Macrina’s Production Manager and pastry chef extraordinaire, and Scott France, Macrina’s CEO. 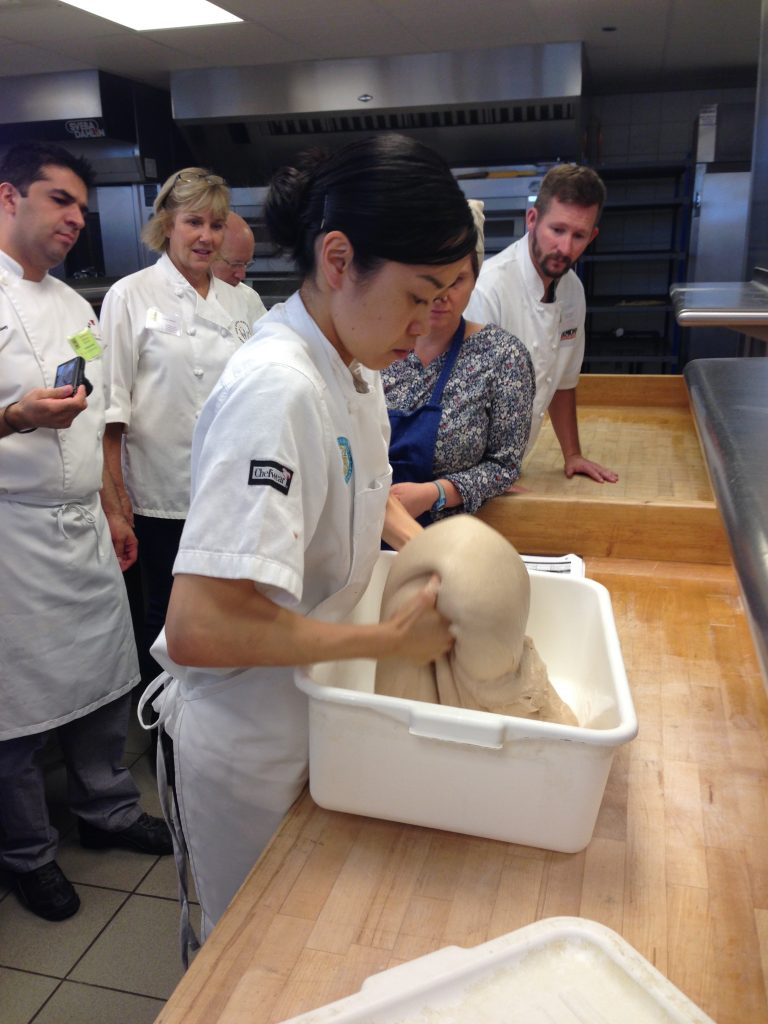 Scott is teaching a class called Growing Your Bakery with Amy Scherber of Amy’s Bread, a New York bakery that is a little bigger than Macrina and opened just a year earlier. Our bakeries are similar, both with cafés and wholesale operations. Scott and Amy will cover essential questions like, Do you really want to stop baking? Because when you grow, you spend a lot less time kneading dough. Out of necessity you get into the business of managing employees, training, retaining employees, pricing, food safety, and charitable donations. Scott says, “Amy and I should complement each other well. She is the baker who started her business, and I’m not. That difference should be useful.” 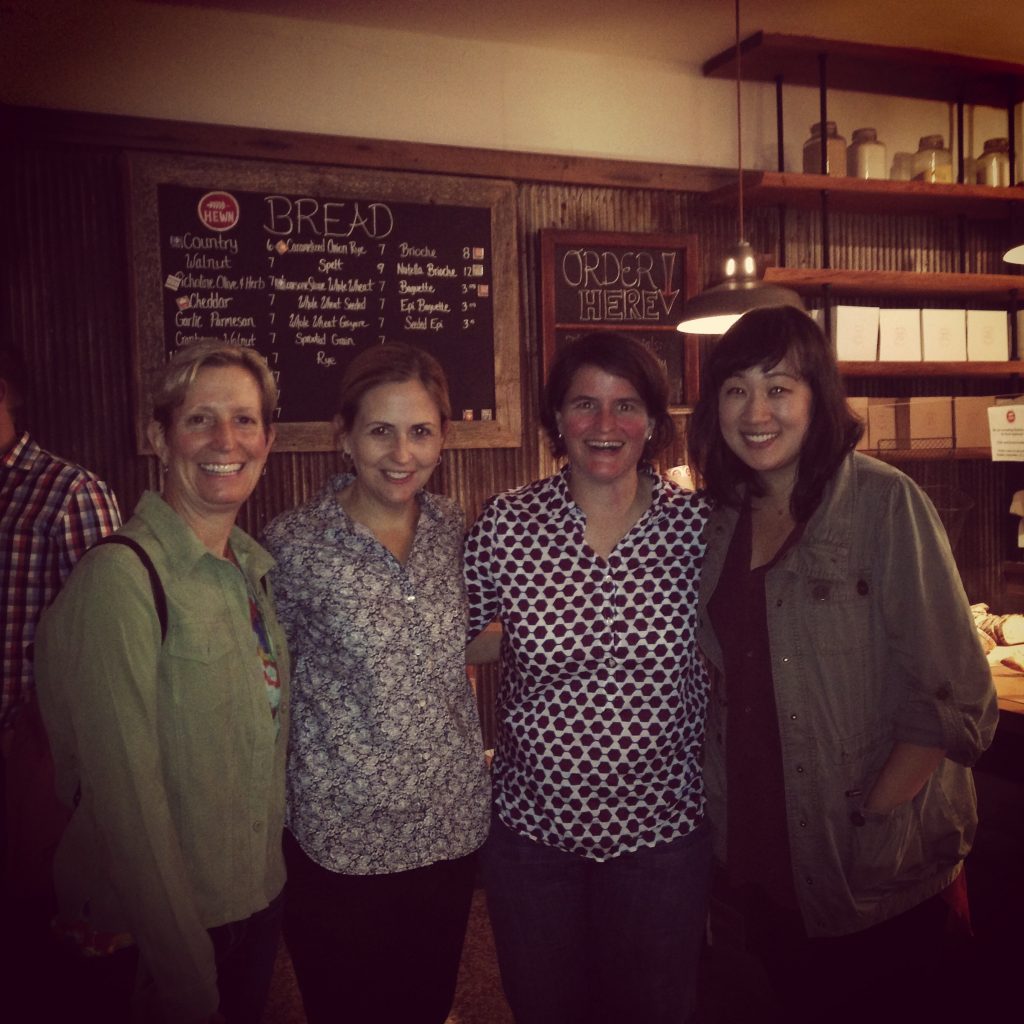 Once all the organizing is done, my job at Wheatstalk is very hands-on—preparing three days of breakfast and lunch for 200 people! It’s a big job, but I’ll have plenty of help. I’m serving a very Macrina-centric menu of tasty comfort food. There’ll be Macrina’s Macaroni and Cheese with Spicy Broccoli one day, lentil soup another, savory salads, and all the beautiful loaves of bread made fresh each day in the morning classes. 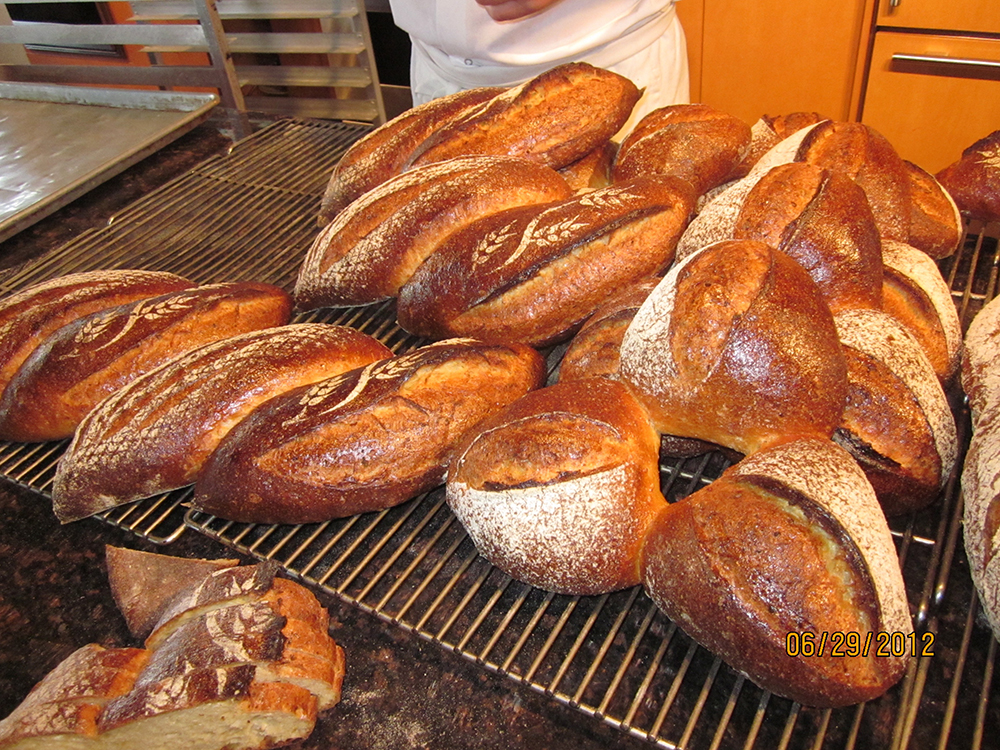 After months of planning, I can hardly believe it’s about to happen. I look forward to seeing old friends and meeting new ones, to learning new techniques and recipes. Everyone walks away inspired and with a handful of new friends and an even deeper connection to this awesome industry than they thought possible!