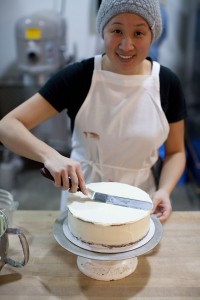 Jane Cho, Macrina’s talented head pastry chef, has been with Macrina since 2005. One would think Jane began as the show-stopping pastry chef she is, however, just like anyone, Jane began with limited experience. One of the things that set her apart was her extraordinary enthusiasm. With great determination and vast amounts of natural talent, Jane has essentially become the master. After building a great deal of confidence in her craft, she has humbly taken on the role as a teacher and mentor to many of our bakers and employees.

We are extremely fortunate to have Jane as a part of the Macrina family. A natural problem solver with a critical eye for detail, she is every bakery’s dream pastry technician. And because of her work ethic, creativity, and ability to empower those around her, Jane was recently promoted to oversee all of Macrina’s bakery operations.

If you are looking to either begin or perfect your cake assembly skills, you will find a special section in More from Macrina where Jane lays out a step-by-step guide for assembling beautiful homemade cakes. With professional tips like these, you will be ready to serve a fabulous cake this holiday season.

Of course we don’t expect all of your cakes to turn out like Jane’s, but give them a try! No matter how your cake looks, it will be easy to see joy in the faces of those who receive your creation.

Sales Manager Rebecca Early remembers that downtown Bellevue’s restaurant scene was just starting to heat up when she met Bradley Dickinson and Mikel Rogers at their new restaurant Pearl in 2008.  It was one of her first calls as the new Sales Manager for Macrina Bakery, and she was a bit nervous. She knew that Bradley and Mikel had been in the restaurant business for a long time and wanted to make sure that she gave them a good impression of our bakery. 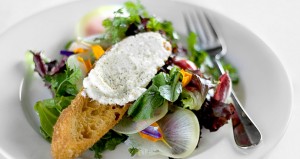 She needn’t have worried.

In addition to finding a sleek, urbane space that, while polished, had a cheerful, upbeat vibe, Rebecca found a big fan of our bread in Executive Chef Bradley Dickinson. “The quality of the bread made it an easy choice,” says Bradley. He was familiar with our product from a previous job and was also impressed with the attitude and friendliness of the Macrina community.

We’re proud to say that Bradley and Mikel also use our bread at their newest restaurant, Koral, which opened this year. The versatility of our potato bread is showcased in their very popular garlic bread and as the foundation for their take on the classic meatloaf sandwich. Koral’s housemade meatloaf, BBQ mayo, lettuce and sweet onions are layered between slices of our grilled potato bread.

We’re thankful that Bradley and Mikel think highly enough of us to feature our bread at both of their restaurants. 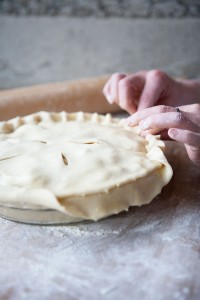 The holidays are a popular time for pies. Whether you are a pie making pro or novice, there are always useful tips to pick up here and there. Similar to breads, pies require only a few ingredients – but how you put them together makes all the difference between a remarkable pie and average one.

One thing to keep in mind is that practice does pay off. So do patience, preparation and passion. After many years, we have learned to be particular about a few details. Here are three important tips:

2.     Take time to cut the fruit to an appropriate size 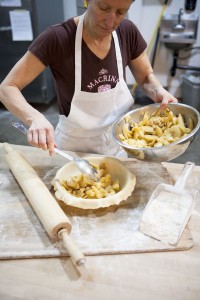 Our collection of pie recipes in Leslie’s cookbook More from Macrina, starts with her master recipe for Flaky Pie Dough. Tasty and versatile, the Flaky Pie Dough can be used for many pie and tartlet recipes. In an effort to “modernize” the recipe, Leslie tweaked a few things. The main change was to eliminate the solid vegetable shortening in favor of palm shortening (which has no trans fats). A few years ago she also recalibrated the ratio of shortening to butter.

One tip Leslie picked up from her mom – take the scraps and brush them with melted butter, sprinkle with cinnamon-sugar, twist, and then bake at 350 F for 10 minutes, or until the pieces are golden brown. They make a great treat. 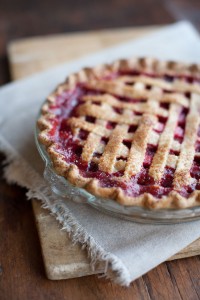 If you do have quite a bit of pie dough left over from the first day, wrap it well in plastic wrap and store in the refrigerator for up to three days. Freezing the dough is also an option: the dough will keep, wellwrapped, for up to one month.

Lattice-top pies are the prettiest of all. If you’re looking for a challenge or something different, try making a lacelike pie top! 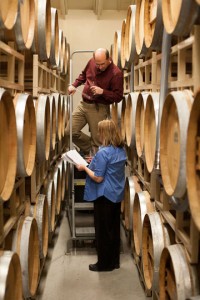 One thing you will notice in all of our breads is the care and inspiration baked into each item. A favorite of these inspired bread stories is the Hightower Cellars Bread Starter, a sourdough bread starter made with skins from Sauvignon grapes and developed with our  dear friends Tim and Kelly Hightower.

In the mid 1990s, while keeping their day jobs, Tim and Kelly Hightower pursued their passion of winemaking. In Woodinville, WA, the couple’s research and determination proved successful with their inaugural release of 1997 Cabernet Sauvignon. Soon after, they moved to Benton City in Eastern Washington where they purchased acres of prime vineyard land. 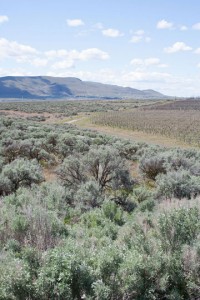 Macrina’s friendship with Hightower Cellars began years ago when Leslie visited their beautiful winery perched within the Red Mountain appellation hills near the Yakima Valley, three hours east of Seattle.

In 2010, these passionate, gifted winemakers proposed to Leslie a pretty quirky idea, offering cabernet sauvignon wine grapes to be used as a sour bread starter. Sourdough starters can be developed from the natural yeast found on grape skins, adding leavening and delicious flavor.

A few dashes here and there of this and that, and soon we pulled our Pane Francese from the oven. This is an Italian version of a crusty baguette: batonlike, with a light, porous crumb and a crisp, caramel-brown crust. Our Pane Francese is a beautiful, tasty creation with a story rooted in a genuine, heartfelt bond between artisan industries. 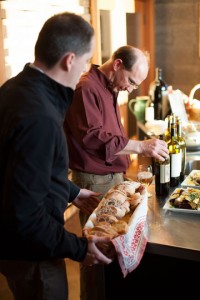 From a simple meeting sprang the creation of a bread that the Hightowers could use for tasting and Macrina could offer in our cafes. We think you, and your guests, would love the pairing of these two artisanal favorites this holiday season. Now that you know the story behind the bread, and the wine, we hope you will enjoy both at your table. 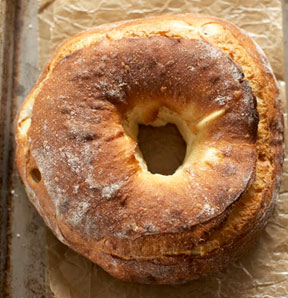 During the holidays, we love to get out and showcase some of our products that capture the spirit of the season. Whether it is answering questions on how to make our delicious stuffing at home, or just letting people taste some of our festive breads and pastries, there is a feeling in the air around the holidays that is unmistakable and we’re happy to be a part of it! We’d love for you to join us at one of our demos. We’ll have samples of our delicious Buttermilk Dinner Rolls, our Winter Pear Crown and our Holiday Porcini Stuffing Mix. Catch us throughout the area over the next 6 weeks. You’ll find us at: 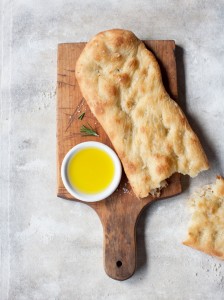 If you have picked up Leslie Mackie’s latest book More from Macrina, you may have spent some time gazing at the photos…and salivating for what you see. We don’t blame you! Jim Henkens is one of the Northwest’s finest fashion, food and travel photographers, and he captures our artisan loaves,chocolate ganache and coconut cream tartlets among others with delicate and natural elegance. Throughout the book, the photos exhibit a beautiful attention to detail that conveys exactly how Leslie intended each of her creations to be. You will notice the character of Macrina: a true, effortless determination to create beautiful culinary masterpieces from scratch.

Eighteen years ago, Jim began his career in photography shooting fashion in Milan. Inspired by his passions for travel, cooking, wine and gardening, Jim’s repertoire has expanded to include all of these areas with a perfectionist’s subtle tone. Throughout all of his work, Jim’s attention to detail and ability to exhibit the simplicity of a loaf of bread with depth and tastefulness is stunning. 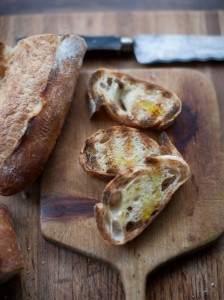 We are thrilled and proud to display Jim’s photography as it is a perfect and precise portrayal of Macrina’s offerings, as well as the kitchen itself— not much different from your kitchen— simple, refined and with traces of flour sprinkled throughout.

During the month of November, you’ll find some of Jim’s photography from the cookbook on the walls of our Belltown café. We hope you enjoy them just as much as we do. 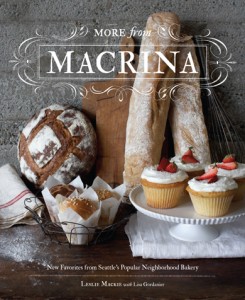 After a year of writing, editing and recipe testing, More from Macrina is now available for you to experience our humble bakery in your home kitchen. To celebrate the book’s release, Leslie will be at several book-signing events during the upcoming months.

Pick up your copy of the cookbook and catch her at: