I made this video a few years ago to demonstrate how you make one of my favorite home-made loaves, the One-Day Artisan Loaf. It amazes me how much interest the video still generates. The recipe is simple. It produces a beautiful loaf—domed, with a crisp caramelized crust, irregular crumb and complex flavors. 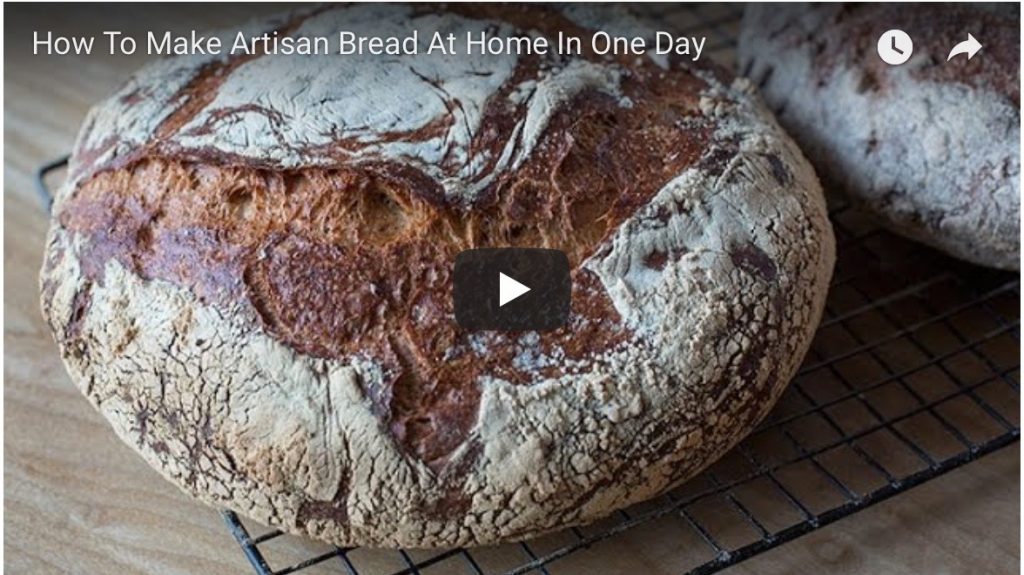 I created the One-Day Artisan Loaf for my second cookbook, More From Macrina. The premise of the cookbook adapts Macrina recipes for the home cook. I made all of the recipes with typical home equipment. The inspiration for this loaf came from an article in the New York Times back in November 2006, featuring Jim Lahey, the owner of Manhattan’s Sullivan Street Bakery. The article describes a revolutionary method of creating full-flavored, artisan-style bread mixed entirely by hand, without any kneading. Time and a heavy dutch oven do most of the work that kneading and expensive steam-injected ovens do for professionals. I began fiddling around with the technique to create a version of my own. 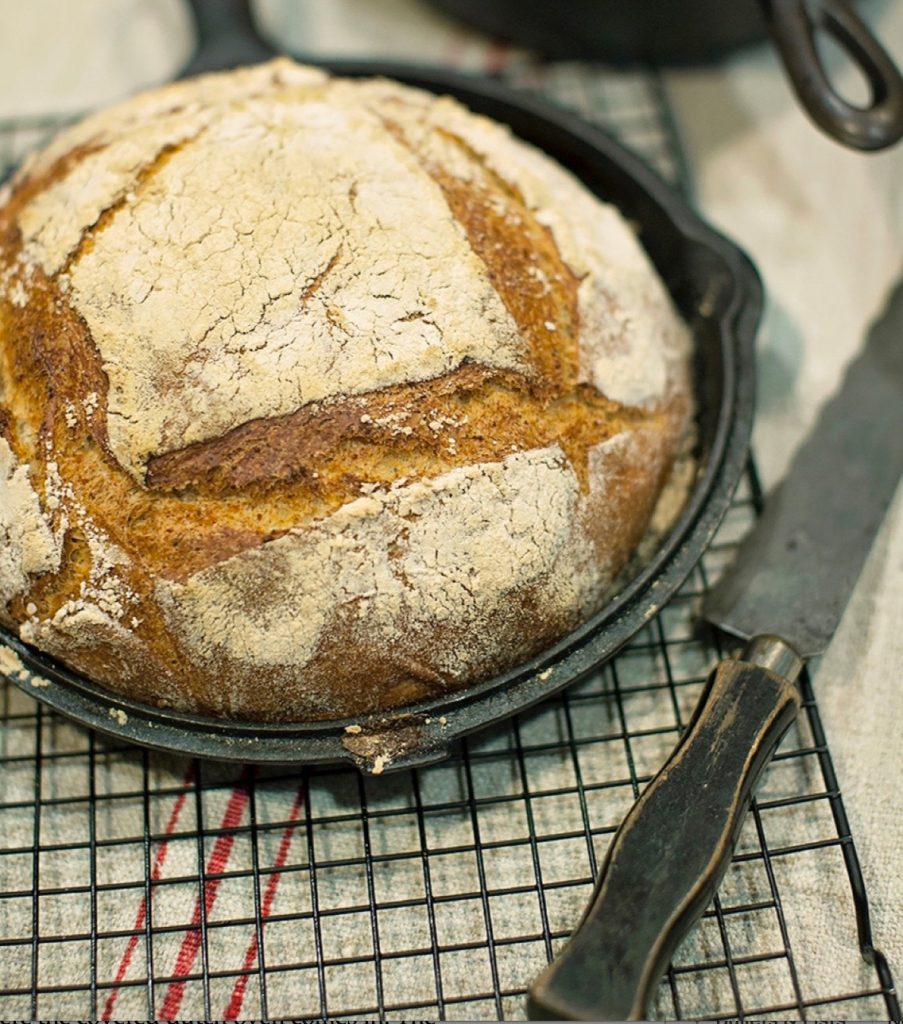 My recipe includes milk and olive oil. These add a slightly fermented flavor. Rye flour provides another dimension to the flavor. I shorten the preparation time but incorporate a few extra steps for manipulating the dough, including a series of folds that resemble a brief kneading, and a couple of baker’s turns between rises. The results make it worth the extra bit of work.

The video also demonstrates how to make a whole grain version with a garnish of sunflower and pumpkin seeds and diced dried apricots. The whole grains give the loaf the delightful flavor of roasted nuts, notes of apple cider, and an earthy flavor that I love.

One of the keys to baking a beautiful one-day artisan loaf is having a humid atmosphere when the bread first hits the oven. This is where the dutch oven comes in. The hydration level of this dough is high, so when baking in a covered dutch oven, the air inside will remain moist for the first few minutes. The bread achieves a soft outer surface to rise before it forms a hard crust. By using this technique, you’ll end up with a crusty bread that has a rich caramelized color and a lovely depth of flavor, much like one you’d get at Macrina or another artisan bakery.

When naming this loaf, I thought of the word artisan because of the loaf’s characteristics: a crackly, caramelized crust, a wide, irregular crumb, and a complexity of flavor. A few comments have come in saying the bread isn’t truly artisanal. Most artisan loaves are naturally leavened and use very little if any, commercial yeast. They are also usually slow-fermented overnight and hand-formed. Maybe artisan-like would be a better name. Whatever you want to call it, if you are a fan of a rustic European-style domed loaf, with many of the great qualities of artisanal loaves —that doesn’t keep you in the kitchen all day—this loaf is for you! Start in the morning and you’ll impress your dinner guests with wonderful, freshly baked bread, without breaking a sweat!