When I opened Macrina in 1993, Peter Lamb and Robert Eickhof were running Queen City Grill. They put Belltown on the map as a dining destination. Scott Carsberg, chef of Lampreia, followed them in 1992. Peter was good friends with Scott and when I opened Peter would drop by and chat with Scott before picking up bread for the Queen. I used to love going there for great food and that lovely atmosphere. It always was a lively place! I’m so glad Trevor, Brian, and the others were able to keep it alive and are doing so much to make it a vital Seattle destination again. 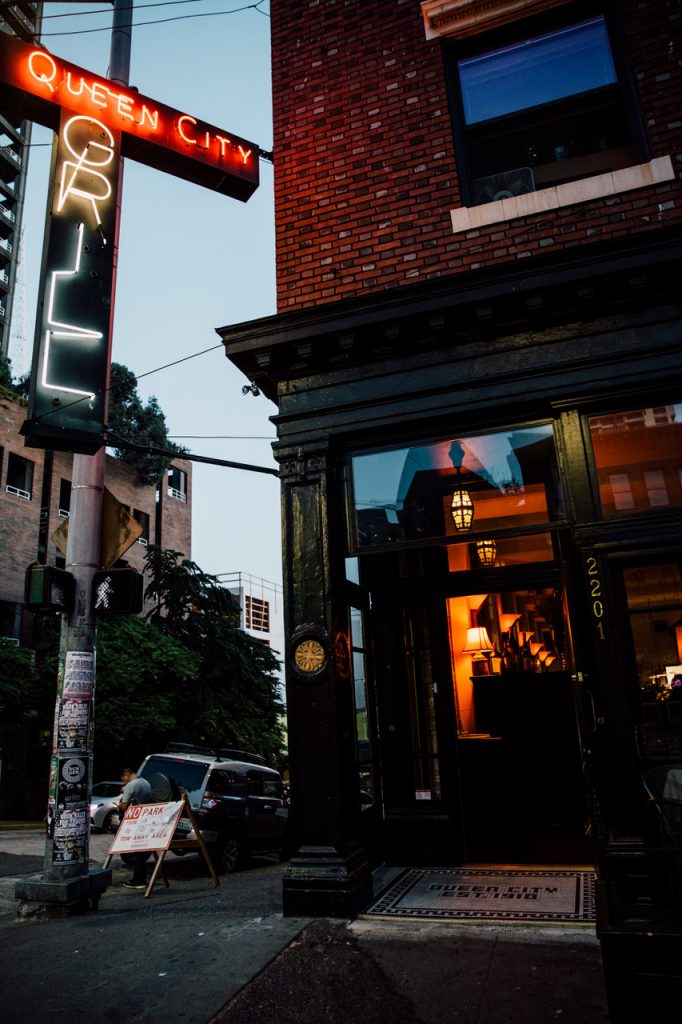 When Trevor Greenwood learned that the iconic Queen City Grill was slated to close late last year, he sprang into action. Working feverishly, he pulled together a team who shared his love of the restaurant and inked a deal to save the Queen two days before Christmas and just a week before the doors would have closed forever.

For Greenwood it was personal—he’d started there as a busser and worked his way into management and captaining the wine program. Years later, he founded Cantinetta, the beloved Tuscan-inspired restaurant with locations in Wallingford, Bellevue, and Madison Valley. 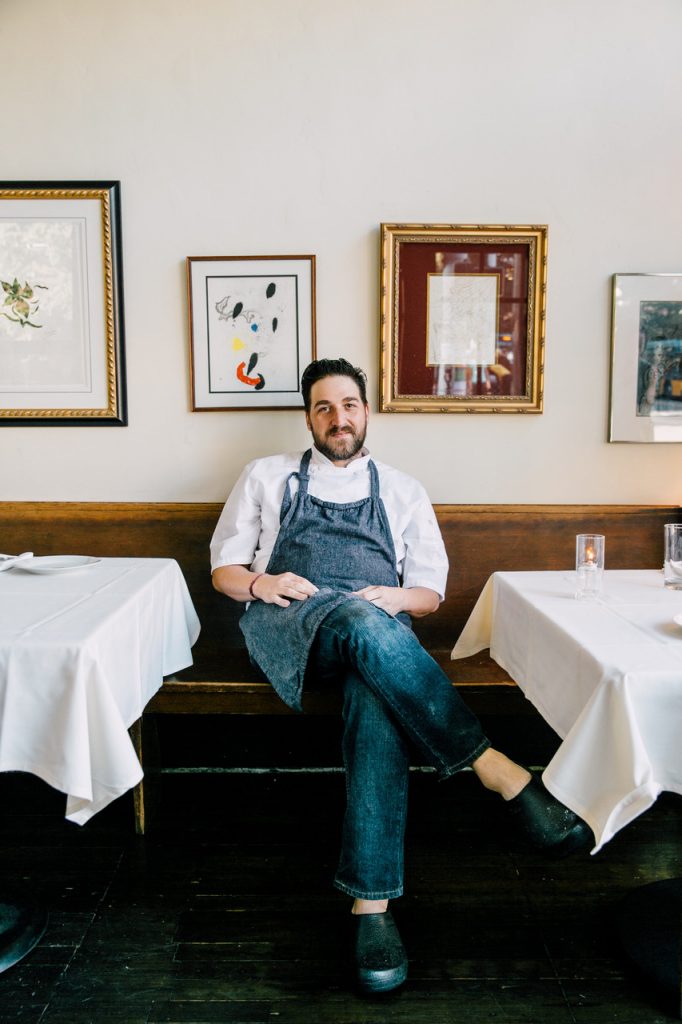 The rejuvenated Queen City Grill reopened in early 2017 after a remodel that updated the interior—touched up varnish, new lighting, paint, and plenty of improved firepower in the kitchen.

“Every restaurant that’s been around a while has to fight to stay relevant,” says Executive Chef Brian Cartenuto. “Queen City Grill opened in 1987. Belltown was very different then. And look at Seattle now. There are 77 cranes up. Lots of newcomers. Enough restaurant openings to make you dizzy. People are intrigued with what’s new.” 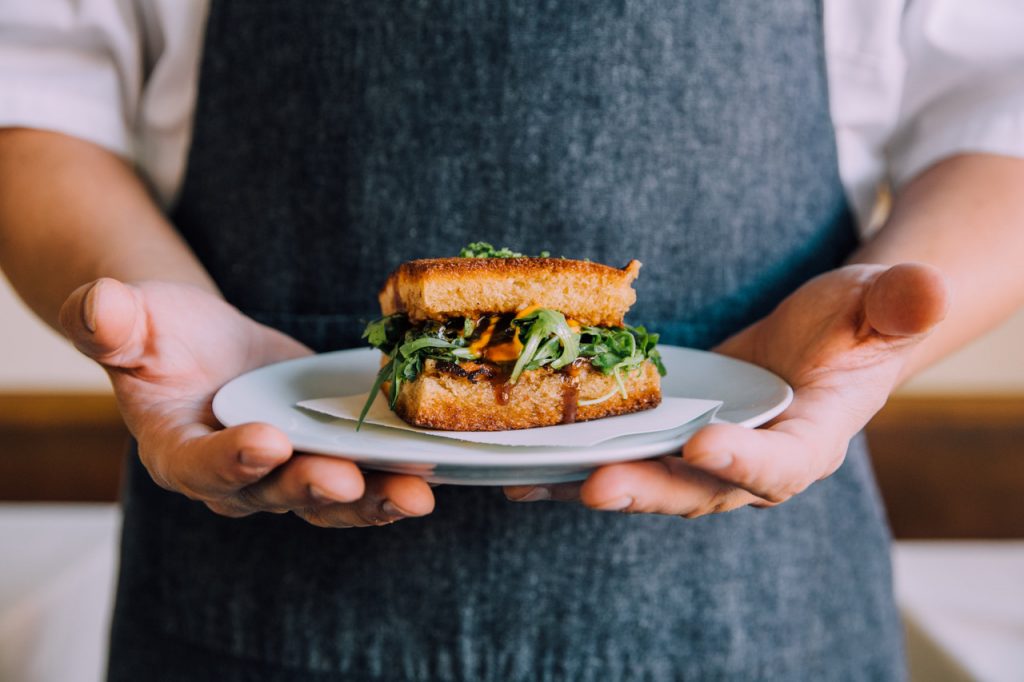 The task of renewal at the Queen is in the able hands of Cartenuto, the original executive chef at Cantinetta. Restaurant critic Providence Cicero, writing of his dishes at Cantinetta, said they “combine a wonderful balance of flavors with an element of surprise.”

At the Queen, Cartenuto honors the refined simplicity and whimsy that made the original Queen City Grill such a sensation. His menu has a Northwest sensibility and features seasonal produce and local purveyors.

“There’s still a burger on the menu,” Cartenuto says. “It’s important to me that the food stays fun and approachable. Through technique, quality of ingredients we try to make the food exciting, food that tells the story of the seasons and that honors our past. For example, we’re putting Miso Salmon on the menu to pay homage to the past. That was probably novel in 1990. But there’s a reason it’s a classic now. And they can be reinvented, made relevant again.” 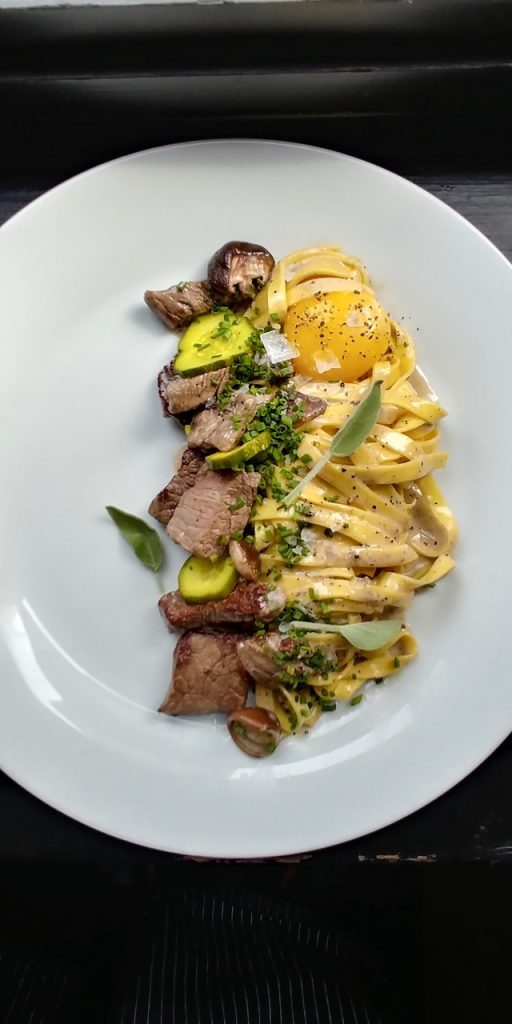 Come to think of it, that’s an excellent metaphor for the Queen City Grill—a classic, reinvented and made relevant again.

Brunch is another new feature. Offered on weekends from 10 a.m. to 2 p.m. the menu ranges through a few classics like a super custardy French toast with star anise sugar and berry compote, then veers middle-Eastern with Shakshuka, a lovely egg dish with a spiced tomato sauce and grilled flatbread. 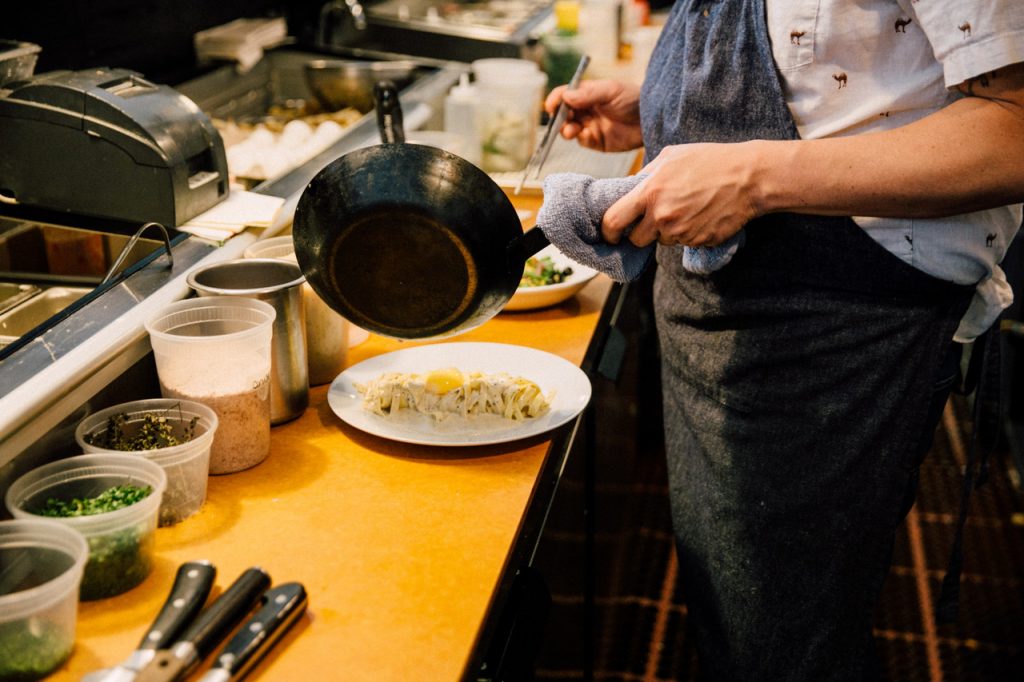 Come visit (or revisit) Queen City Grill, one of the oldest bars standing in Seattle, now tastefully refurbished to preserve all of the romance of the original space and with an exciting new menu that has something for everyone.