The alarming rise of pandemic-related racism against Asian Americans has contributed to an increase in hate crimes, including the horrific shootings in Atlanta. At Macrina, we are proud of our diverse crew, which includes many people of Asian descent, Vietnam in particular. We stand together against hate, intolerance, and racism. Macrina employee, Michelle Galvin, a fourth-generation Japanese American, shares some of her troubling experiences and a plea for kindness in these difficult times. 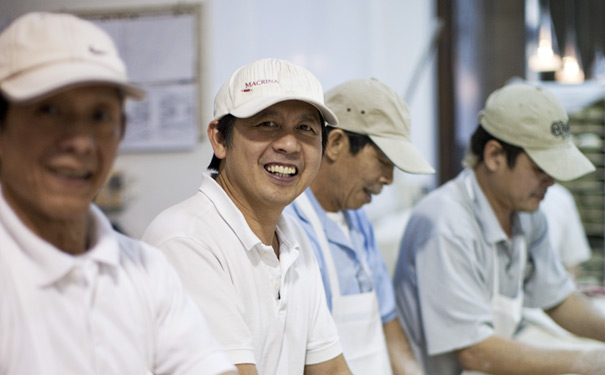 Over the past year, Covid has changed all our lives dramatically. With changes to how we socialize, work and even buy our groceries, life has been different and difficult. For those of us, like myself, who are of Asian descent, an additional challenge has been contending with heightened bias and discrimination.

Living in Seattle for my adult life has been a blessing. I grew up right outside of Chicago. As a child, my schoolmates regularly taunted me. They called me “Ching Chong Chinaman,” and made fun of the rice balls I brought for lunch. Our next-door neighbors, a family with three boys, said I was the reason for WWII. They blamed me for their grandfather’s death. I was six.

Moving to Marysville, WA, in my teenage years was liberating. Though I was one of the only Asian kids in school, I never experienced racism like I had in Illinois. Years later, as an adult living in the Seattle area, I was relieved my four children would not experience the sort of racism I did. And it has been better, much better. Still, we talk about how irritating it is when people ask us where we are from and when we answer Seattle, they say, no, where are you really from. And once a parent of a kid in my daughter’s first-grade class asked me if I was Mia or Gracie’s mom—she could never tell us people apart, she said. (My daughter, Gracie, asked me at the time if it was because her glasses were broken.) Despite the occasional challenge, my children have always felt comfortable and proud of their Japanese heritage. 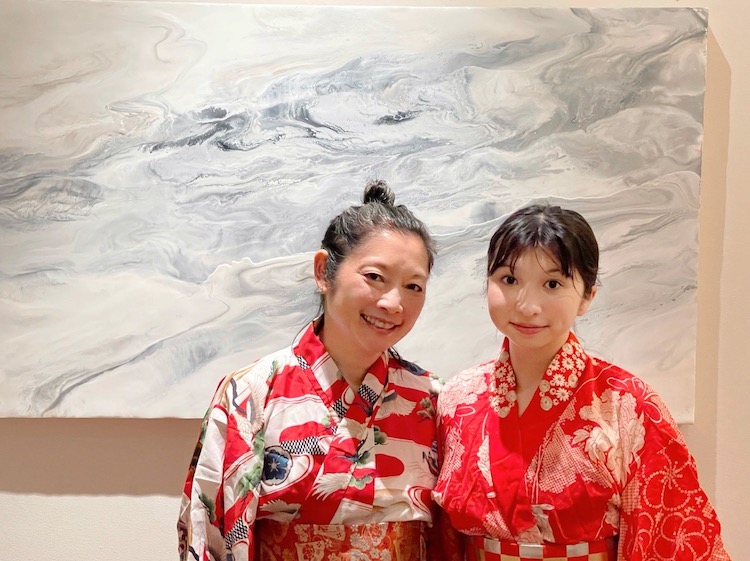 One of our family’s favorite places is the International District. We visit at least once weekly —grocery shopping at Uwajimaya, dumplings at Dough Zone or pastries at Fuji Bakery. When the International District was vandalized earlier this summer, it broke my heart. As if Covid and quarantine weren’t enough of a challenge to our beloved restaurants and shops in that neighborhood! Rising hate crimes against Asians have added to the struggle. It brought tears to my eyes to have to tell my teenage children that it was not a good idea for them to go to the International District by themselves to get Boba in the evening because it is not safe.

We have always prided ourselves on the welcoming work environment at Macrina. There is truly no place here for hate, discrimination, or racism. Our head baker, Phuong Hoang Bui, has been at Macrina nearly since we opened, and he embodies the spirit of the Macrina community as much as anyone. His daughter, Amy Bui, who ran around our Belltown café at the age of three is now our general manager of wholesale sales. A great many of our bakers are Vietnamese. They are who we are. 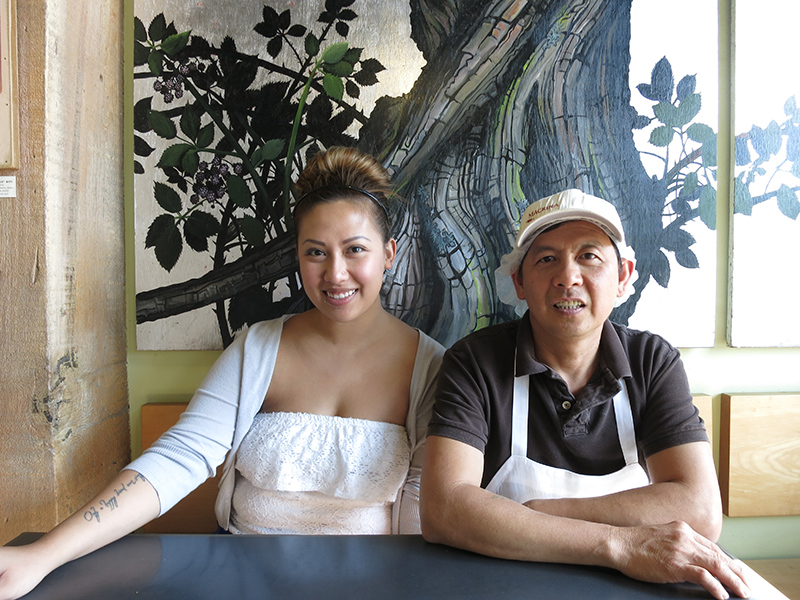 We want to be sure the Asian community knows that we stand with them. We condemn the hate crimes and casual racism that are happening in our community against our Asian friends, employees, customers and peers. Macrina is a long-time supporter of Helping Link and the Vietnamese community. Most importantly, we hope to spread a message of kindness during these difficult times.

We make our challah bread in the European Jewish tradition. The braided loaf is enriched with egg, honey-sweetened and baked until the crust is firm and golden mahogany in color. The soft, tight crumb pulls apart easily.

Our challah is a customer favorite for French toast or enjoyed with butter and jam. This recipe uses thick slices, pan-toasted in butter, for an open-faced tartine sandwich. The tender, lightly sweet bread adds a complementary texture and flavor to the combination of corned beef, Swiss cheese, whole-grain mustard and a fresh cabbage slaw with carrots and pears. 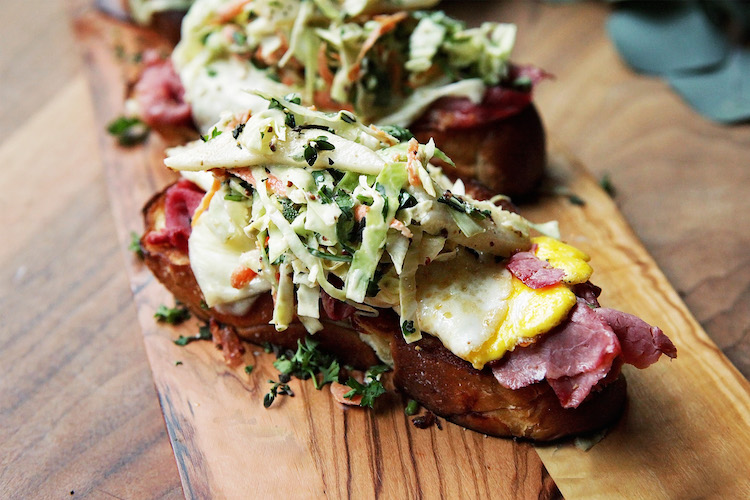 Preheat oven to 325°F and line a rimmed baking sheet with parchment paper.

Remove the tough root of the cabbage by cutting a V-shaped wedge from the base. Lay the half cabbage on the cut side and cut it into ⅛-inch slices. Using the medium side of a grater, grate the carrot. Cut the pear in half, remove the core and grate the pear with the same grater. Add the cabbage, carrot, pear, parsley, salt and black pepper to the dressing. Toss to combine. Set aside to marinate for 15 minutes.

Cut the challah on the bias into eight 1-inch thick pieces.

In a large sauté pan, melt 3 Tbsp butter. Over medium-high heat, sauté the challah slices on both sides for 1 to 2 minutes until just browning. Place on the lined baking sheet. Divide the remaining whole-grain mustard between the slices and spread evenly. Top each with a slice of corned beef. Cut the cheese slices in half and place a piece on each tartine.

Bake the tartines for 3 to 5 minutes to melt the cheese. Place 2 tartines on each serving plate.

In a nonstick pan over medium heat, melt 2 tsp butter. When the butter is sizzling, sauté 2 eggs at a time, flipping when whites are set and cooking to your desired preference (over- easy, over-medium or over-hard). Salt and pepper to taste. Finish cooking the remaining eggs, adding more butter as needed. Top each tartine with 1 egg. Divide the cabbage slaw evenly across the 8 tartines.

You might consider serving these with a Guinness or your favorite craft beer in honor of the Irish. Happy St. Patrick’s Day!