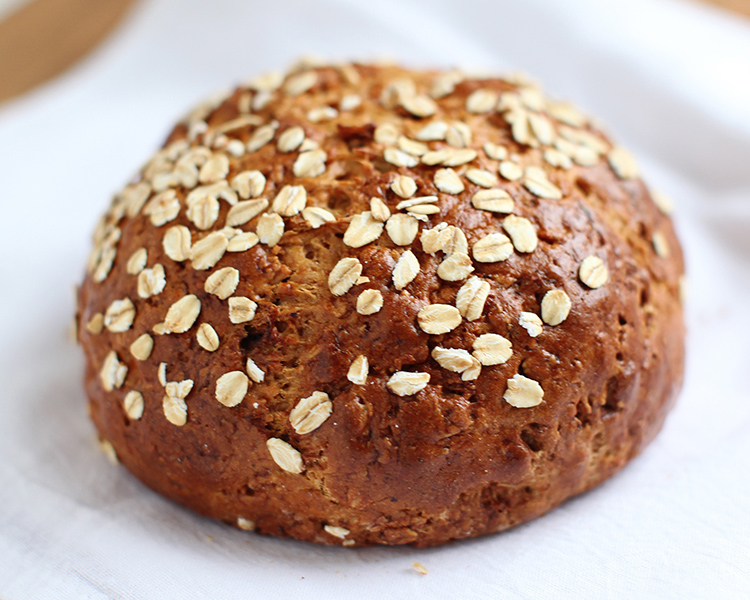 Around since the mid-19th century, traditional Irish soda bread contained just four ingredients: flour, baking soda, salt, and buttermilk. According to Rory O’Connell, co-founder of Ballymaloe Cookery School in Shanagarry, Ireland, the bread has taken on many adaptations since coming to the U.S.

Many folks are offended by this “corruption” of tradition, like the U.S.-based group Society for the Preservation of Irish Soda Bread. They provide a history of Irish Soda Bread and Ireland, dating back to the late 19th and early 20th centuries, when Ireland was grappling with the effects of the great potato famine. The bread gained in popularity when poorer families could not afford to buy bread and resorted to making their own. With no ovens in most homes, folks used their cast iron pot with a lid to cook the bread. Baking soda when mixed with sour milk was used as the rising agent.

In the early 20th century, as immigrants from Ireland kept pouring into the U.S., they brought the simple recipe along with them. As the recipe was handed down, each generation created versions of the original, adding embellishments along way including caraway seeds, dried fruit, sugar, eggs, and even yeast!

Our version of the traditional bread from the Land of Éire incorporates thick rolled oats, Fairhaven Mill’s whole-grain wheat flour, buttermilk and a hint of honey. Macrina Bakery Founder Leslie Mackie prefers to eat it toasted with a little bit of butter and jam.

We also make – what our Gaelic friends refer to as the “Spotted Dog” or “Railway Cake” – a version of the Irish soda bread with raisins. Come in for a loaf or two, and enjoy it through March 22.