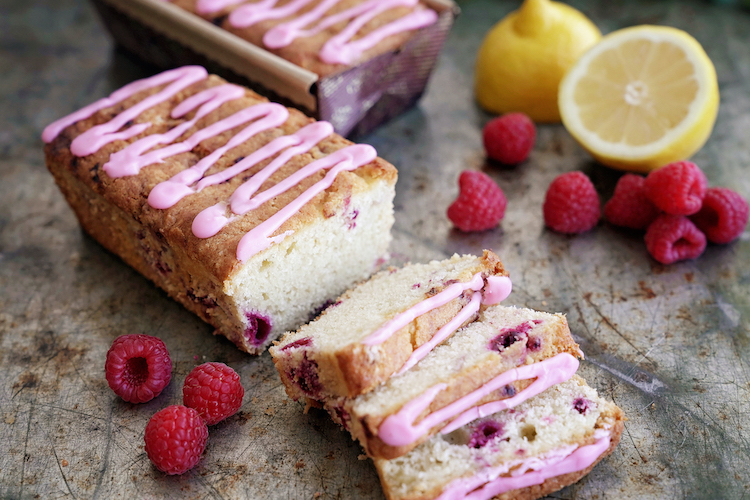 Raspberries are a cornerstone of many of our products. Why? Because they’re just so good. Especially when they’re grown locally by small farms in Washington state. We’re excited to partner with the Washington State Red Raspberry Commission to celebrate red raspberries for the month of July!

Raspberries picked at the peak of ripeness have a complex tangy sweetness. With fresh raspberries now available year-round in supermarkets, grown and shipped primarily from Mexico and California, we tend to forget just how good they are fresh off the vine. Sun-warmed, bursting with intense flavor, freshly-picked raspberries are distant cousins of the raspberries grown to ship. Those are bred for durability over taste and picked firm for trucking. Local raspberries are allowed to ripen until they’re nearly ready to fall from the bush.

Did you know that 90% of US frozen raspberries come from Washington State?

The epicenter of Washington state’s raspberry crop is Lynden, a charming, historic town in Whatcom County near the Canadian border. Over 90 percent of Washington raspberries are grown within a 20-mile radius of Lynden. The moderate daytime temperatures, cool evenings, healthy soil, and dry summers produce berries with excellent color and flavor. The tasty crop is so sought after that most of America’s frozen raspberries now come from Washington state.

These aren’t your grandmother’s frozen berries! Recent innovations to the freezing process, known as Individually Quick Frozen (IQF), a state-of-the-art technique where the berries are individually frozen in a wind tunnel at sub-zero temperatures that preserves shape and flavor integrity, have been a game-changer. Unlike the frozen raspberries of the past that made baked goods soggy, these can be substituted for fresh raspberries.

Leslie Mackie, Macrina’s founder, went to Lynden and visited with local farmers to better understand what makes their raspberries superior. She came away a convert. Leslie says, “I thought the fresh market was best. That’s not necessarily true. Growers pick IQF fruit at the height of the season when it has optimal sweetness, appearance, and juiciness. Because their fruit is grown for flavor, it’s perishable. But the new freezing process allows us to enjoy the great taste all year long.

The Washington state raspberry harvest begins in July. To celebrate, Lynden will host the annual Northwest Raspberry Festival over the weekend of July 16. Visitors can sample locally harvested raspberries in many forms. Eat them as nature made them or incorporated into foods and beverages of all kinds.

Over the last year, Leslie has developed four new Macrina products using local berries: Chocolate Raspberry Muffins, Raspberry Oat Scones, Raspberry Lemon Coffee Cake and Raspberry Conserve. We will be featuring them throughout July in honor of our state’s delicious raspberry harvest—and we’re delighted to be able to make them all year long with Washington state raspberries. 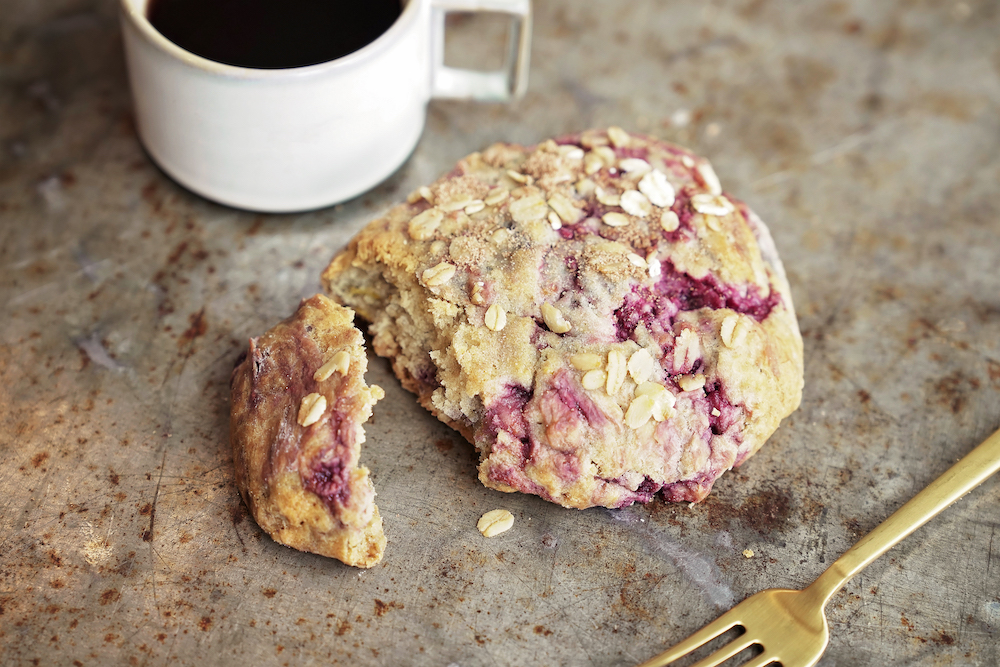 Oats add texture and a delicate flavor to these lightly-sweetened vegan scones. Moist raspberries flavor every bite, and a hint of orange zest rounds out the taste. 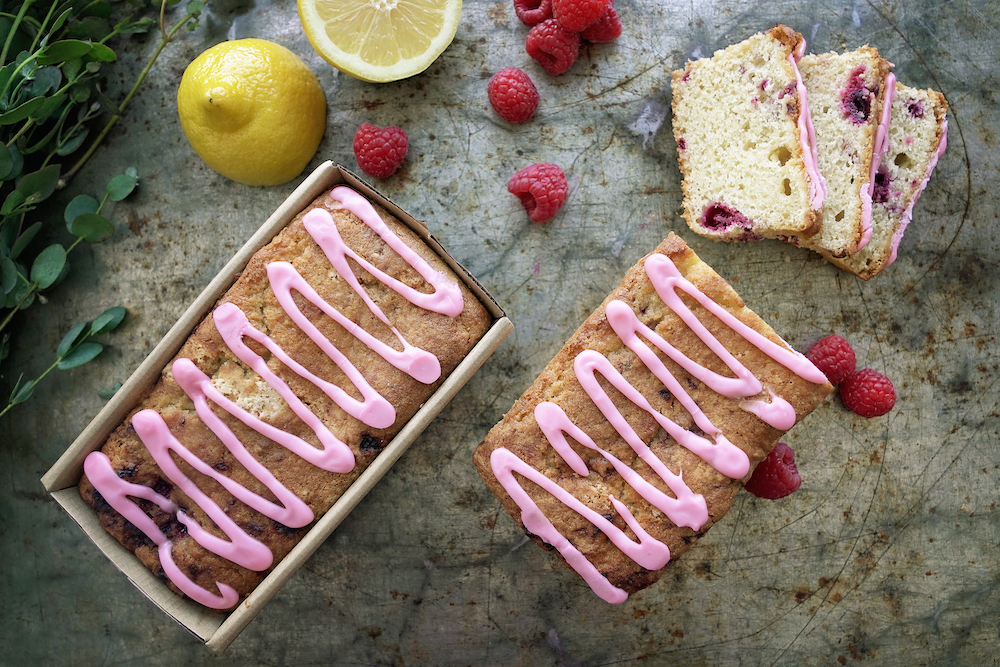 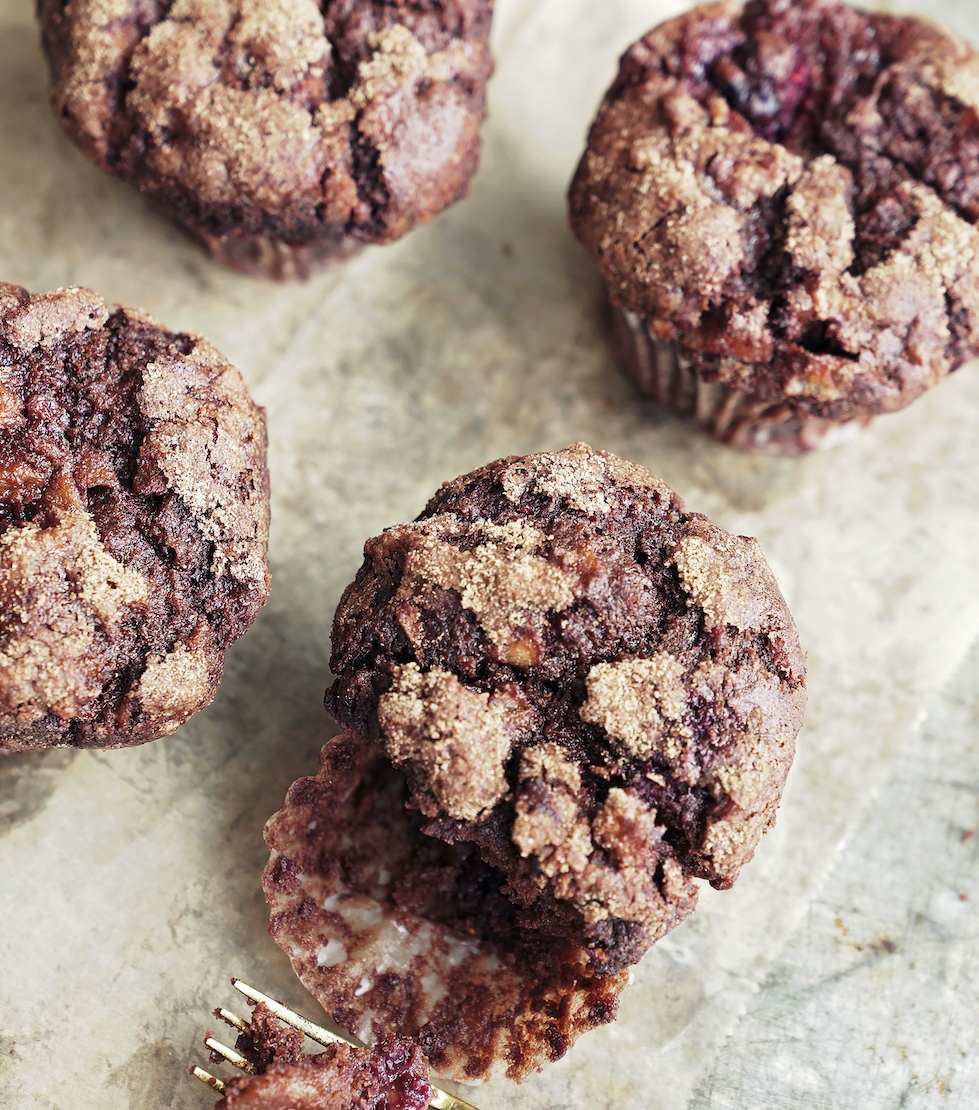 These decadent muffins are both vegan and gluten-free.* They’re moist and richly flavored, with hints of cinnamon and vanilla. 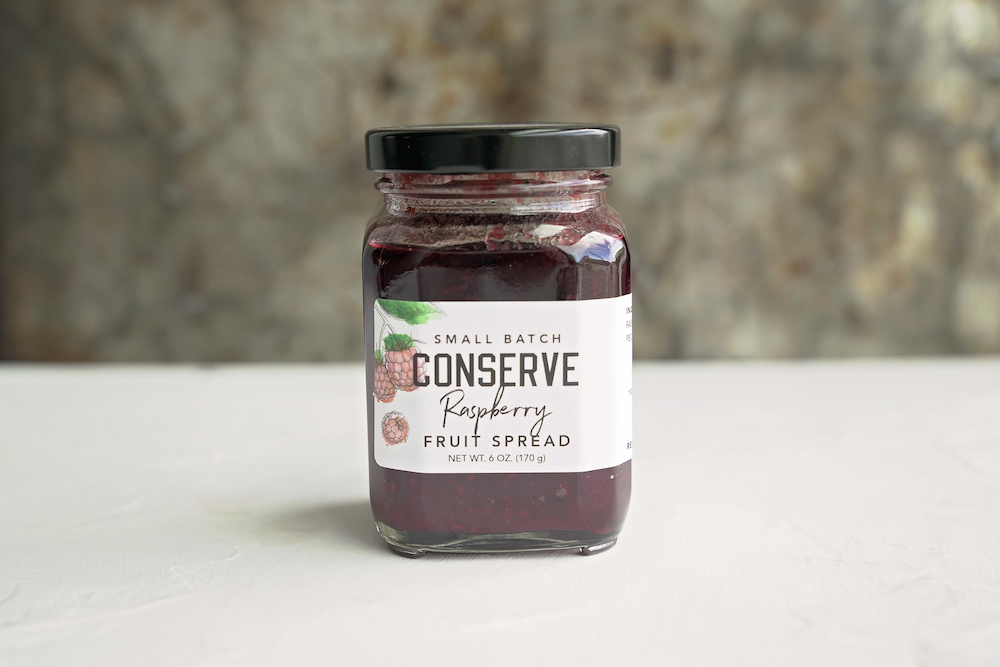 This small batch fruit spread from founder Leslie Mackie’s Project Barnstorm features local produce and less sugar than your typical jam. Try it on one of our bagels or a slice of toasted bread!

*Made with gluten-free ingredients but produced in a gluten-friendly environment.