Nancy LaVallee gives away about 100 pies every Thanksgiving

On the Tuesday before Thanksgiving, on First Avenue in Seattle’s Sodo neighborhood,  Nancy LaVallee stuffs her car with more pies than might seem prudent. She manages to pack in about 50 and a friend piles the rest in her car. They caravan slowly back to Nancy’s Mercer Island home to prepare some hot apple cider and await their guests. Fortunately, there’s never been a fender bender on the way home, which could be messy.

Nancy is a Mercer Island-based real estate agent for Windermere who sells homes all over the city. She started the great Thanksgiving pie giveaway eight years ago. The pies are for her neighbors and clients.

“It’s a big day for me,” says Nancy. “Clients from all over the greater Seattle area come to my home for the pie pickup,” says Nancy. “It’s so fun to see everyone, and to be able to thank them for their support. Everyone loves the pies, and it means they don’t have to bake as much, which helps since everyone is busy over the holidays.”

Before settling on Macrina as her pie baker of choice, Nancy went to eight different bakeries and sampled pies. Some years, she’s gotten pumpkin from one bakery, apple from another. But eventually she settled on Macrina. “Eight years ago, I started out with a small order, but it’s grown,” Nancy says. “Macrina can handle a hundred pies. Not everyone can handle that volume two days before Thanksgiving.” 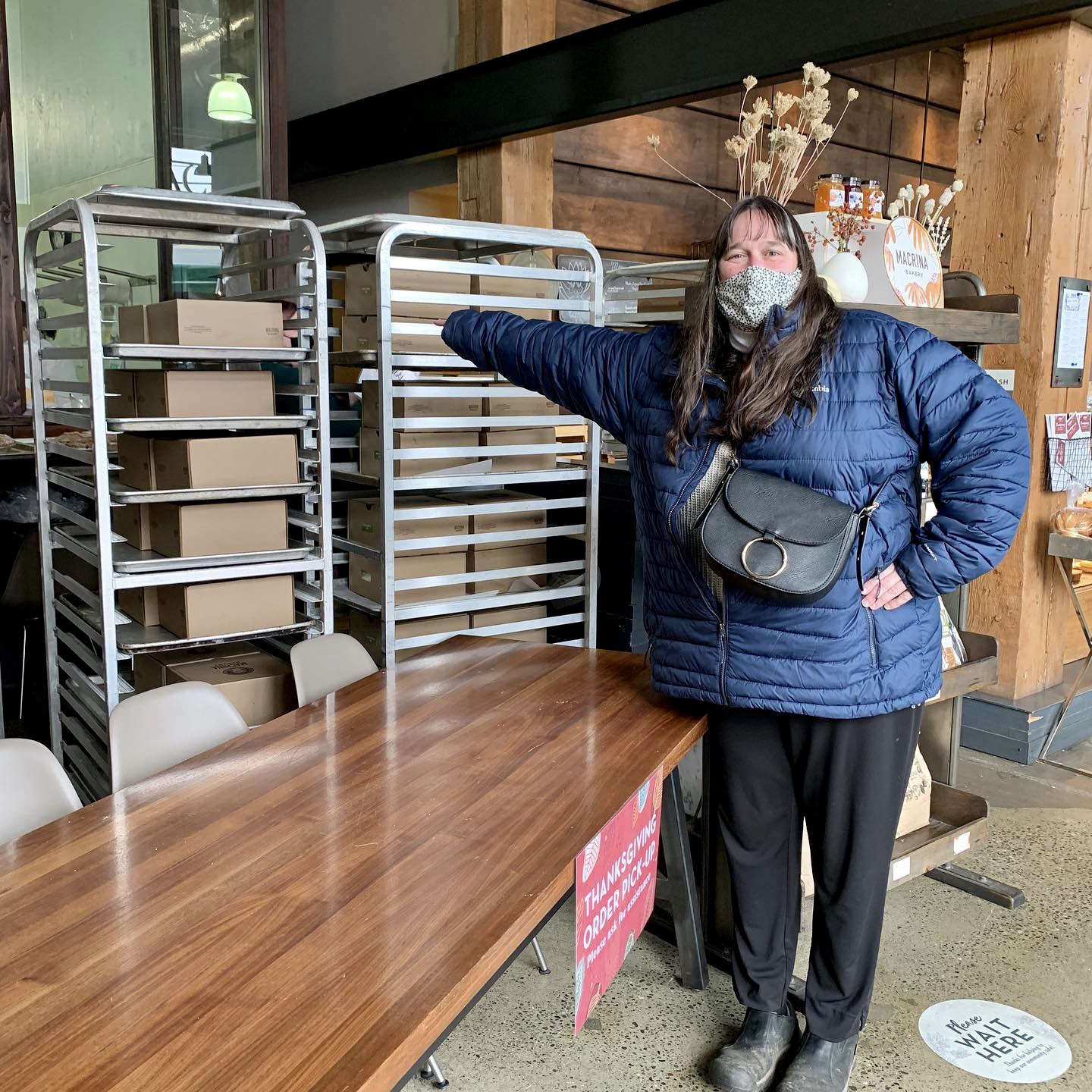 Nancy is especially fond of Macrina’s Maple Apple Pie. “I call it the high pie apple pie,” says Nancy. “It’s meaty. It’s got a lot of apples. And it lasts. I get my pies early. It tastes great two days later, maybe even better. It’s a great tasting pie.”

Nancy enjoys the ritual of picking up the big order at our Sodo location. “A baker comes out to say hello and they help me load up, which is charming,” says Nancy. “It’s nice to be able to say thank you.” 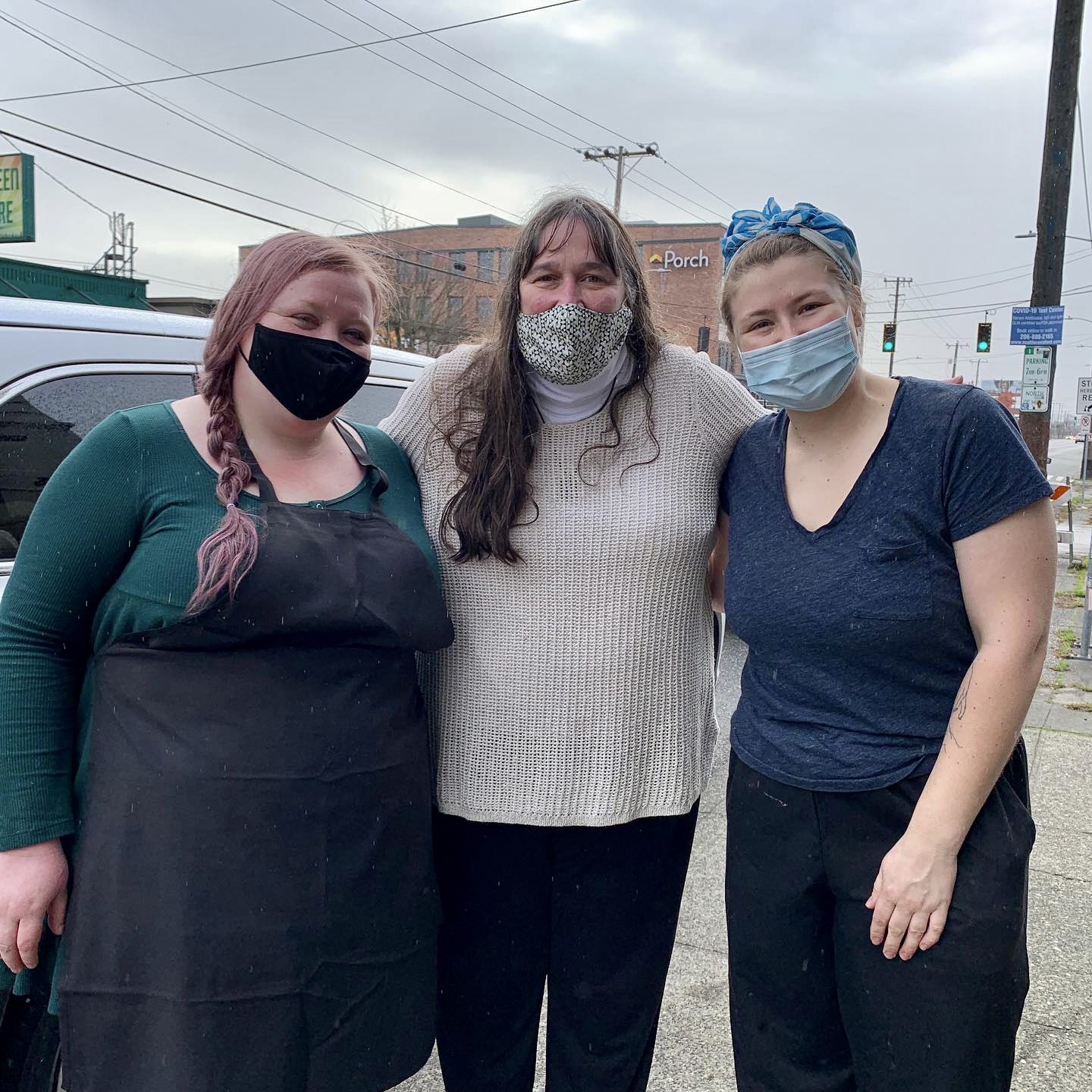 In 2020, Nancy put a little note in with the pies saying she was collecting non-perishable food items for Leschi Elementary School families in need. “We had over 45 bags of food to donate last year,” says Nancy. “It was quite overwhelming.”

This year she’s doing it again.